Evans' selection as GOP keynoter thrust him into the national limelight 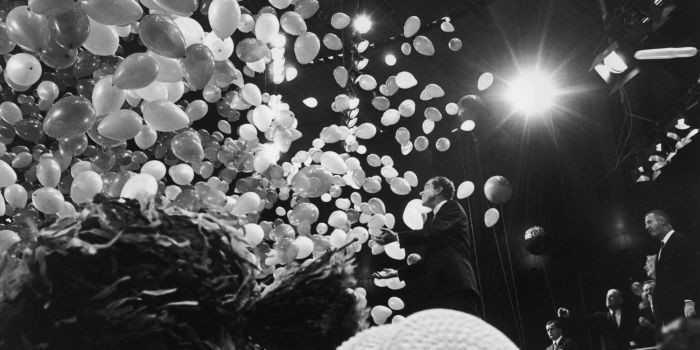 EDITORS NOTE: The presidential campaign of 1968 remains the most chaotic and tragic, but impactful, in memory with the events in Vietnam 50 years ago this month changing the perception of that war and echoing through the following months of America's election season. It was a political campaign that would catapult four citizens from Washington State into national prominence.On January 31, 1968, thousands of North Vietnamese and Viet Cong forces launched what became known as the Tet Offensive with a surprising ferocity that blew away the smoke of self-delusion that veiled the Johnson Administration's ability to realize we could not win the Vietnam War.

Daniel EvansThe political fallout came quickly from Tet, a battle memorialized by a phrase from UPI reporter Kate Webb's description of the American embassy, after a Viet Cong attack there was repulsed, with bloodied bodies strewn across the green lawns and among the white fountains, as "like a butcher shop in Eden."Within a month, President Johnson decided not to run again. Four months later, candidate Robert Kennedy was assassinated and in November a president was elected who was destined to resign in disgrace.The four Washington residents who had roles amid the political tumult were then-Gov. DanEvans, who was 1968 GOP convention keynoter, mountaineer Jim Whittaker, who became like a brother to Sen. Robert Kennedy, Egil (Bud) Krogh, a young Seattle attorney who became a Watergate figure, and author Kitty Kelly, a Spokane high school friend.Articles on each were the opening offerings of this Flynn's Harp column a decade ago and, as promised, I plan to reprise those recollections from a presidential campaign now half a century removed, but still hauntingly memorable, more perhaps for the four Washingtonians in particular, all of whom remain active today.--------Selection as GOP convention keynoter thrust Dan Evans into national limelightDan Evans was nearing the end of his first term as governor of Washington State when he was thrust into the national political limelight with his selection as the keynote speaker for the Republican National Convention in Miami Beach.The decision six months earlier by President Lynden Johnson not to seek re-election to a full second term, which he had been expected to win despite the unrest over Vietnam, had suddenly put the importance of the Republican presidential nomination in bold relief.I asked Evans last week, in preparing for this replay of the 1968 column, what his recollections were of the events in early 1968 that set the stage for what followed.Evans told me "Each year, from 1965 through 1968, the governors were invited to the White House for a private briefing on the war in Vietnam. Pres. Johnson played a leading role in the briefings, each year proposing more troops until February of 1968 when the administration headlined 36 ways they were attempting to end the war in Vietnam.""As we left the briefing," Evans recalled, "I said to one of my colleagues: 'I don't think they know what to do next.' He agreed, and 30 days later President Johnson announced that he would not run for president."