Michael (Mike) Heavey, founder and CEO of an organization dedicated to freeing those wrongfully imprisoned, is hoping an awareness-creating holiday ask will attract companies that reacted to Black Lives Matter by devoting resources to create opportunities and correct injustices.

“Maybe the greatest injustice of all is the wrongful loss of freedom,” Heavey suggested.

“The issue of the large number of people imprisoned for crimes they didn’t commit becomes clearly a racial justice issue with statistics that indicate black people are seven times more likely to be wrongly convicted of murder than white people,” Heavey said.

Heavey says that once his organization has identified a wrongful conviction, “we conduct a campaign of innocence.”

He describes the approach of creating a climate aimed at aiding the imprisoned person as like a political campaign with mailers, media visibility, and Facebook ads and bar magazine ads.

In fact, Judges for Justice is currently involved in such an effort on behalf of an Ohio prisoner and is this week filing a motion to convince the Hawaii supreme court to take action in relation to Judges for Justice’s longest ongoing effort, the 1991 murder of a 23-year-old woman.

He likens his group’s role to that of the ancient Greek philosopher Socrates, noting “Judges for Justice enters the fray and is a gadfly, creating a tension in society, applying pressure to get people to challenge and question the status quo.” 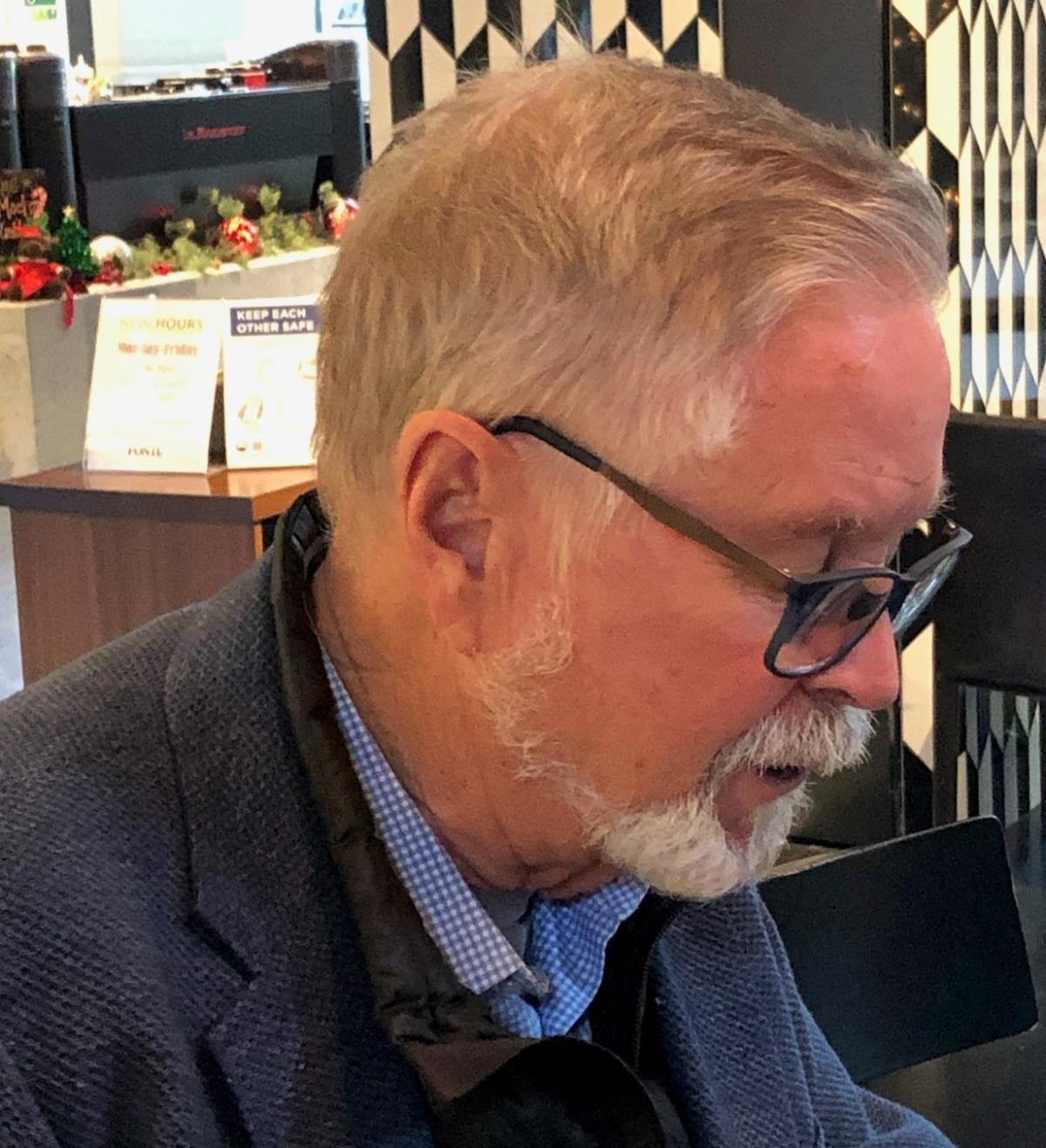 Mike HeaveyThose familiar with Ancient Greek history will recall that Socrates was forced by Athenians weary of his pressures on their society to drink the poisoned Hemlock.

There are those in justice and law enforcement establishments upset by Heavey’s efforts because of their desire to resist freeing a prisoner they had roles in imprisoning who might wish to find the legal version of a dose of Hemlock to have Heavey drink.

Among them likely the Hawaii Innocence Project, which filed a complaint with the Washington Bar Association over Heavey’s involvement in Hawaii.

But in another instance, his four years of effort that resulted in the release of Chris Tapp, wrongfully convicted in Idaho for murder and rape, after serving 20 years of a life sentence, earned Heavey nomination for a bar association award.

The impetus for Heavey’s focus on the wrongfully imprisoned was a case that attracted global attention: the trial, conviction, and imprisonment of his daughter’s high school friend, Amanda Knox.

He got involved in the Knox case in 2008, the year following her arrest and that of her boyfriend, Raffaele Sollecito in Perugia, Italy, for the murder of her roommate, Meredith Kircher.

Heavey said he found the case unsettling because the Amanda Knox he knew as she was growing up differed so greatly from how she was portrayed in the media. He said as he examined the case more closely, he saw distinct indications of a wrongful conviction.

Amanda and Raffaele were convicted of murder in December of 2009 and she spent four years in prison before her conviction was overturned by the Italian appellate court, with the help of Heavey’s visibility efforts. She was allowed to go free and return to Seattle where she published a memoir recalling her ordeal.

In creating his Judges for Justice (JFJ) soon thereafter, Heavey zeroed in on another case that his efforts have made highly visible, the Christmas Eve 1991 abduction, rape, and murder of 23-year-old Dana Ireland on the Big Island of Hawaii.

Three men, including two native Hawaiians, were convicted and imprisoned. One, Frank Pauline, has since been murdered while in a New Mexico prison.

Heavey undertook the Dana Ireland murder case of the three convicted men because he said the DNA evidence from the crime didn’t match any of the three. And the prosecution knew that.

His visibility campaign to mount public support has included one mailer, sent to 50,000 households on the Big Island, to get people to watch Episode 11 that shows how the real killer can be caught. He said the episode has now attracted more 35,000 YouTube viewers.

A second mailer this past July went to the 50,000 households on the Big Island plus another 50,000 in the Honolulu area urging people to watch Murder in Hawaii in general.

It’s the kind of documentary about which I’m frankly surprised he hasn’t found an interested television station, or potential corporate supporters, to air it somewhere that the wrongful-conviction issue has been raised.

In fact, JFJ is filing a motion this week with the Hawaii Supreme Court contending two Hawaii lawyers violated professional ethics “by intentionally concealing DNA evidence that might have exonerated Pauline and freed him,” asking “appropriate action” by the court.

Heavey, who celebrated his 75th birthday earlier this month, brings an interesting legal background to his Judges for Justice leadership, including his 14 years in the Washington State Legislature and 12 as a King County Superior Court judge.

But his non-legal background helps set him apart. He is about to reach 19 years of remission from the non-Hodgkin Lymphoma with which he was diagnosed in 2003. That’s the kind of cancer that claimed the lives of Paul Allen and Blake Nordstrom.

He has marked his cancer remission anniversaries by climbing a mountain each year, beginning in 2006 with a climb of Mt. Rainier, accomplishments that are part of what he refers to as the inner “healing force inside of us.”

He did five climbs of Mt. Rainier as well as various other Northwest peaks and once, with his 30-year friend, U.S. Sen. Maria Cantwell (elected to the legislature in 1987, the same year Heavey was), the 19,340-foot Mt. Kilimanjaro. That 2013 climb of the “Roof of Africa” was guided by their mutual friend, and mine, Seattle investment advisor John Rudolf.

In addition to this week’s appeal to the Hawaii Supreme Court, the other case in which JFJ is actively involved, along with the Ohio Innocence Project, is on behalf of Wayne Brady and Karl Willis, both black men, who have been imprisoned for 22 years.

JFJ sent political-type 6-by-11 postcards to 30,000 “frequent voter households” in the Toledo area, a list including the judges and prosecutors who would be involved in the sought-after retrial of the two.

To emphasize the importance of the Judges for Justice effort, Heavey notes that a recent study of those freed after being imprisoned for crimes they didn’t commit found that 117 of those exonerated had been on death row.
Tweet
Tags:
Mike Flynn people issues Politics
#TeletypeArt — The annual offering of holiday gree...
Alaska Airlines' Santa Fantasy Flight for needy Sp...