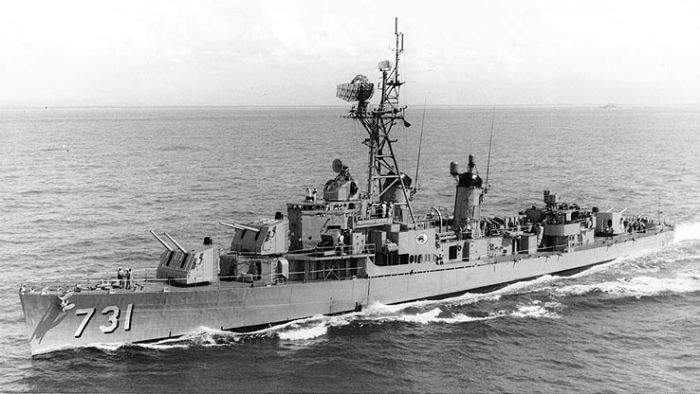 It was ironic that the death at age 84 of prominent journalist Neil Sheehan, who chronicled the Bright Shiny Lie of President Lyndon Johnson’s conduct of the Vietnam War, should occur as the lie of the final chapter of the administration of Donald Trump was unraveling with the disastrous rampage by his followers at the Nation’s Capitol.

The riot through the Capitol last Wednesday was the response of Trump’s angry followers, convinced that the lie was that Trump had lost the election. And the rioters were only the criminal element of a legion of trump believers across the country.

For most of the country, the lie is Trump’s contending he won “by millions of votes,” despite the rejection of that idea by every judge, including many Trump had appointed, every governor of both parties called on to evaluate possible abuse in their state elections, every state election official who investigated allegations and found them false.

Many Republican members of Congress who had wished for Trump to win kept repeating their version of the lie as if somehow repetition could make it become true. Or at least confirm their loyalty to him.

In Lyndon Johnson’s case, the political professionalism with which the lie was carried out allowed the truth to come out only gradually and over years, It cost the lives of 55,000 American fighting men and untold pain, suffering, and destruction in the U.S. and in the nation’s of Southeast Asia.

Sheehan was one of a group of young men, and women, who covered the Vietnam War during the mid and late 1960s, first as bureau manager for United Press International and later for the New York Times, where he won a Pulitzer Prize for his 1971 disclosure of the Pentagon Papers that revealed how U.S. government officials had lied to the American people about the Vietnam War.

The Nixon Administration tried unsuccessfully to keep the Times from publishing the Pentagon Papers. Nixon hadn’t created the massive lie but his administration had inherited it and, as the nation was being torn apart over the war, felt the need to continue it so that peace talks that had gotten underway in spring of 1968 soon after Johnson announced he would not seek re-election might eventually lead to an honorable exit for the U.S. But the Washington Post joined in the publishing, basically ignoring a court order, and the Supreme Court upheld the right of both newspapers to publish those documents.

The lie actually began three months before Johnson’s runaway victory over Barry Goldwater in 1964 and may have been motivated to rally voters behind a “wartime president,” although that has never been discussed As far as I can find.

It was August 2, 1964, that North Vietnam, which wasn’t yet the actual enemy at the time since the U.S. had not actually introduced combat troops into the effort to help South Vietnam’s war against the Viet Cong, handed Johnson the script for the lie. Two of its patrol torpedo (PT) boats fired shots at a U.S. destroyer in the Gulf of Tonkin in international waters off the coast of the two Vietnams.

The incident wasn’t serious enough to merit a defense department response. But when a similar incident was reported two days later, it almost instantly led to Johnson asking Congress on August 7, with the Gulf of Tonkin Resolution, to give him the power to do whatever necessary, including the use of Armed Forces, to basically assist the South. The Johnson administration subsequently relied upon the resolution to begin its rapid escalation of U.S. military involvement in South Vietnam and open warfare between the North and the United States.

Robert S. McNamara, LBJ’s defense secretary, in a 2003 documentary titled The Fog of War admitted that the August 2 incident hadn’t been significant enough to concern the Defense Department and that the August 4 incident “never happened.”

The U.S, Senate approved the resolution with little debate and with only Sens. Wayne Morse of Oregon and Ernest Gruening of Alaska, both respected Democrats, voting “no.” Gruening, in 1968, wrote his own book on Vietnam, titled Vietnam Folly. But the vast majority of senators, who represented a Democrat super-majority, had no interest in clashing with LBJ.

The late Ray Herndon, who had been a UPI correspondent in Vietnam from 1962 to 1967, was 26 and already a veteran of covering the war when the event occurred. Herndon was one of several former UPI Vietnam correspondents with whom I became friends following my retirement from the Business Journal because we had all worked for the wire service at the same time. And all who worked at UPI shared the need to recall their time there as the best of our times, despite the fact we went on to successful careers in newspapers and even though our roles were entirely different, they made names for themselves in the combat zone and I a political writer in Olympia.

A couple of years before his 2015 death from cancer at the age of 77and I asked Herndon, for a column I was writing, how news of the incident was greeted by the then-small press corps.

“there was a great deal of skepticism among the press corps in Saigon about the incident,”: Herndon told me. “We all thought ‘that’s pretty unlikely,’ but we had no way to actually question it.”

Before long, U.S, forces began to grow and the military propaganda machine cranked up. Sheehan and the Associated Press correspondent, Malcolm Browne, served an unrecognized vital role for U.S. media of handling the releases spewing from the propaganda machine judiciously.

Another of those UPI correspondents who became a friend was Joe Galloway, who was the only journalist who participated in and wrote about the first actual battle between U.S. and North Vietnamese forces in the Ia Drang Valley in November of 1965. His book on the battle, We Were Soldiers Once..and Young, and the movie made from it, We Were Soldiers made it one of the best-known battles of the war. It was the battle that may have provided fodder to make the lie one that would last forever in this nation’s history.

As Galloway later wrote, It was defining because it "convinced Ho(Chi Minh), (General) Giap and (Defense Secretary Robert S.) McNamara the U.S. could never win." The realization of both sides was that the American citizenry would not accept for a long period the pace of casualties that the companion battles in the Ia Drang Valley produced.

Although President Johnson, having listened to McNamara's sense that we couldn't win in Viet Nam, no matter how many men we sent there, huddled with his key advisors and they determined: "send the soldiers anyway," said Galloway, who only speaks of LBJ’s memory in four-letter words.

Before long, as U.S. forces went into battle against the Viet Cong and sometimes with units from the north, “body count” became the way to keep track of how the U.S, forces were doing, with no one to verify the count and growing pressure to just boost the numbers.

Sheehan and Browne dug out details about battlefield casualties and wrote dispatches that challenged upbeat reports from the daily press briefings that came to be ridiculed as “Five O’Clock Follies.”

Generals labeled Sheehan a liar and politicians called him unpatriotic and claimed that his reports were even detrimental to national security.
When he received the Drew Pearson prize for excellence in investigative reporting in 1971, Sheehan said: “Some would have us believe that in publishing the Pentagon Papers we committed theft and treason. I believe that in publishing this history of the Vietnam War, we gave to the American people … a small accounting of a debt that can never be repaid.”