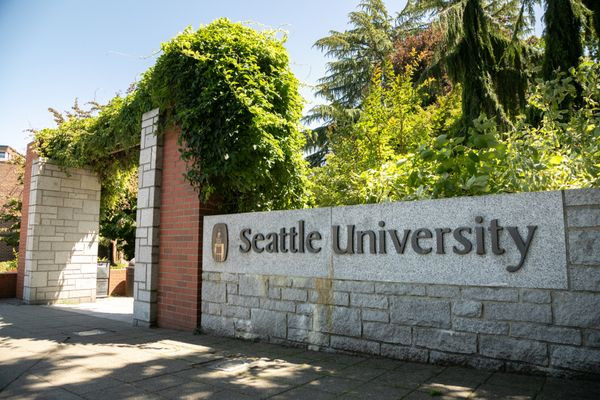 The story of “Sweet” Charlie Brown’s brief but significant impact on the Seattle sports scene is worth retelling because of the national role he and his famous Seattle U. teammate, Elgin Baylor, played in the emergence of black basketball players in college and professional ranks.

Although the O’Brien twins (Johnnie and Eddie) had brought Seattle University its first national prominence during the ’51, ’52, and ’53 seasons, including the school’s first NCAA tournament appearance, Brown and Baylor took SU to the NCAA summit.

They brought the team, then nicknamed the Chieftains, to the school’s only final-four appearance as SU beat favored Kansas State, then came within 12 points of lasting fame in the 1958 NCAA championship game, losing to Kentucky. Baylor was the MVP of the tournament.

I hadn’t been aware of Charlie Brown until receiving an email of his obituary in the Chicago Tribune after his August 26 death at the age of 86 in Evanston, Ill., following a fall.

Neil Milbert, my roommate at Marquette University who had become close friends with Brown after he returned home to Chicago following his basketball career, had written the obit for the Chicago Tribune, where Milbert had spent his journalistic career and emailed it to me.

The emergence of black basketball players competing against white players in the mid-1950s was the story of a “new era” in race and sports, and the high school years of both Brown and Baylor and their arrival at Seattle U were chapters in that story. 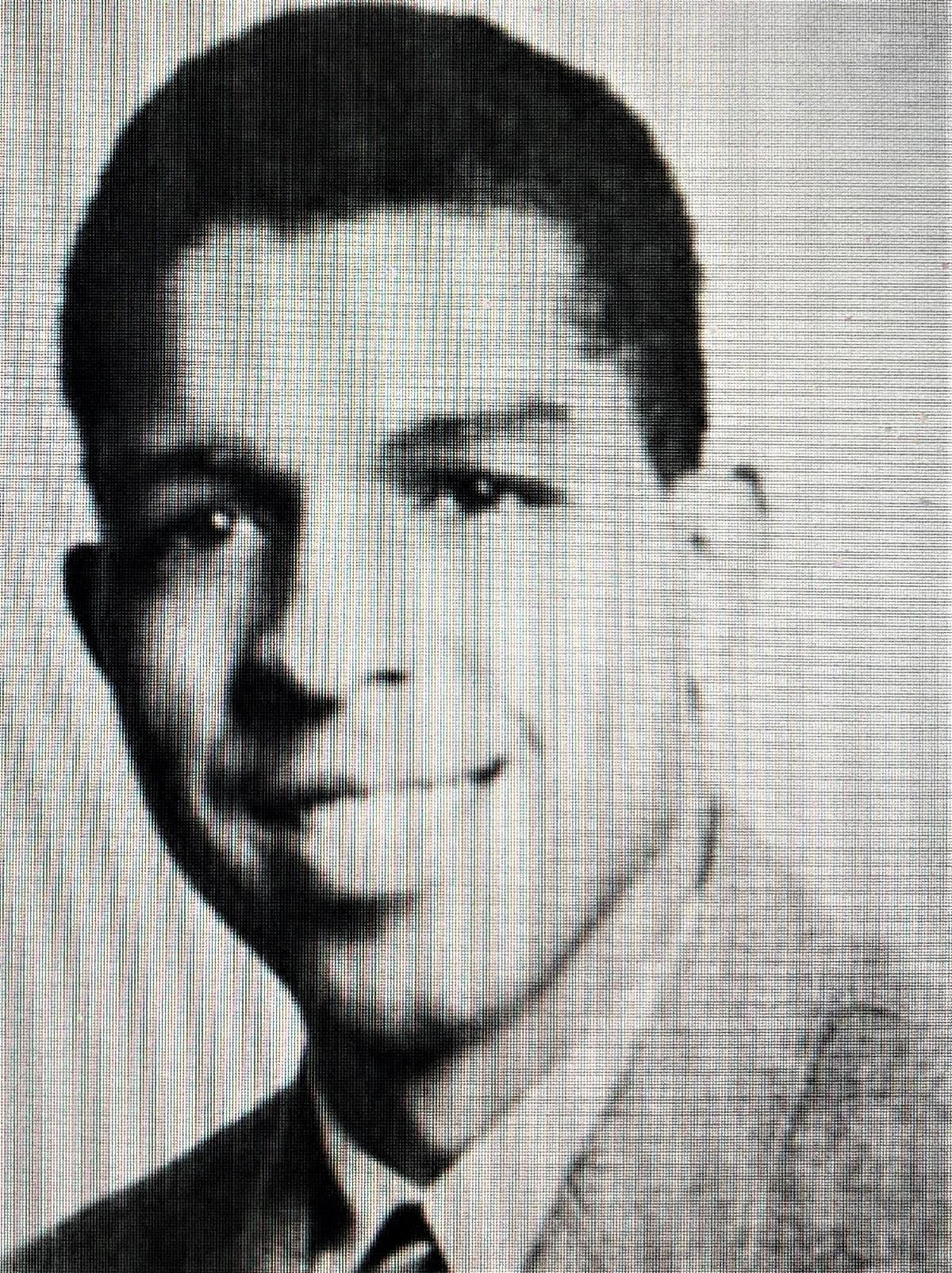 
Seattle U, in signing the two who had been stars at black high schools, was among a handful of schools that led the way out of the racial darkness that had pervaded college basketball until the mid-1950s.

There were two key aspects to that story. First was the presence of a handful of players whose talents were so dominant coming out of all-black high schools in the ’54 and ’55 seasons that they couldn’t be ignored. Thus Bill Russell from Oakland was taken by the University of San Francisco, Wilt Chamberlain from Philadelphia claimed by U. of Kansas, Oscar Robertson from Indianapolis went to U. of Cincinnati, with Baylor and Brown winding up at SU by more indirect routes.

The second was the U.S. Supreme Court decision known as Brown v. Board of Education (a young Topeka, KS, student named brown), a landmark decision in which the Court ruled that U.S. state laws establishing racial segregation in public schools are unconstitutional, even if the segregated schools are otherwise equal in quality.

Baylor, incidentally, died in March of 2021 at the age of 87. His legacy included a career with the Lakers (first Minneapolis, then Los Angeles) that earned him honors, including being judged one of the 50 greatest players in NBA history and named to the NBA’s 75th-anniversary team. After his playing career, Baylor spent 22 years as general manager of the Los Angeles Clippers and was named executive of the year in 2006.

It was from the obit on Brown and subsequent conversations with Milbert that I learned the DuSable High School team in South Chicago on which Brown played was about to make a dramatic impact on Illinois basketball in 1954.

Milbert emailed me a 2004 article from another Chicago newspaper in which Brown was quoted as saying: “We felt we were on the verge of something great. The kids took pride in the fact that they were Black and had a Black coach. A new era began in the city with Black kids beginning to dominate the game.”

Indicative of that dominance was DuSable’s regular-season showdown with Roosevelt, another Chicago powerhouse, which had an all-white team. Brown scored 34 points to lead DuSable to a double-overtime victory that decided the Chicago Public League championships and would have long-term ramifications.

But DuSable lost the state title game, and the chance to be the first all-black high school to ever win a state championship anywhere in the nation by losing to Mount Vernon in what Milbert told me was “the most controversial games in state high school basketball history.”

“DuSable led by four points with four minutes to play before Mount Vernon rallied to win,” said Milbert, who, as a high school kid, was watching the game on television.

“Referees were a factor, and let’s leave it at that," said Milbert. "Three baskets by Brown on long shots were waived off because of traveling calls, and another DuSable player was called for charging on two occasions after making baskets.”

So the honor of being the first all-black high school to win a state basketball championship went the following year to Crispus Attucks High School of Indianapolis, with future NBA Hall of Famer Oscar Robertson as a star player. Robertson went to Cincinnati and led the Bearcats to two final-four appearances before turning pro with the Cincinnati Royals.

Despite Baylor’s dramatic high school success in Washington, D.C., no major college recruited him because, at the time, college scouts did not recruit at black high schools.

So a friend helped him get a football scholarship far away at the College of Idaho in Caldwell. Baylor never played football for the school. Instead, he was accepted to the college's basketball team and averaged more than 31 points and 20 rebounds per game.

After the season, the College of Idaho dismissed its basketball coach and restricted the scholarships, basically blowing up the program. So a Seattle car dealer convinced Baylor to come to Seattle to play on his AAU team, and he was discovered there and recruited by SU’s new 28-year-old coach, John Castellani.

Castellani, who had worked in the Notre Dame athletic department and thus been aware of Brown when he went to Indiana U. from DuSable and starred as a freshman before dropping out, arranged to meet Brown at the airport in Chicago.
Milbert said Brown once told him that Castellini had told him about Baylor, who had averaged 29.7 points and 20 rebounds a game in his first S.U. season, as the two met at the airport and said, “with you two guys, we can go all the way.” That was the almost prophetic closing sales pitch to come to S.U. So Castellini went home and sent Brown a plane ticket to come to Seattle.

As to the 1958 NCAA tourney, in the regional final against California, Brown hit a 15-footer with 12 seconds left in regulation to tie the game and send it into overtime. Then he hit a 25-footer with 10 seconds left to send Seattle U to the final four.

Brown was chosen by Cincinnati in the NBA draft but decided instead to return to Chicago after serving in the U.S. Army, playing semi-pro ball, and becoming a social worker committed to bringing together members of rival gangs to resolve their differences.

In the mid-‘90s, Brown helped create what was called The Windy City Senior League for guys over 50 who still wanted to play competitive basketball, and my friend Milbert began playing in the league and continued until about 2015.

“And Charlie became one of my best friends,” Milbert told me, and in the obit, he quoted one of the Windy City Senior Basketball League founding fathers as saying: “Charlie touched our lives in ways we would not have thought possible.”

Milbert said creating a family of those who played in the league was precisely what Brown did in bringing to life in the mid-90s the Windy City seniors league for players aged 50 to 80; each age group played pretty much against those their age.

“He loved the fellowship it evoked,” said Milbert, who was selected for the league’s all-star teams several times and was nominated by Brown for induction into the Masters Basketball USA Hall of Fame. Milbert recalled that his last year competing was when he was 79.

“I was in the middle of the social change that our country was going through In 1954,” Brown once shared. “I know what the difference was before, during, and after that. I am enjoying the residuals. We’re all one family. Everybody has to look at it that way.”
Tweet
Tags:
Mike Flynn
Huntsman World Senior Games 35 years on, a vision ...
Differing views on accountability as key to public...