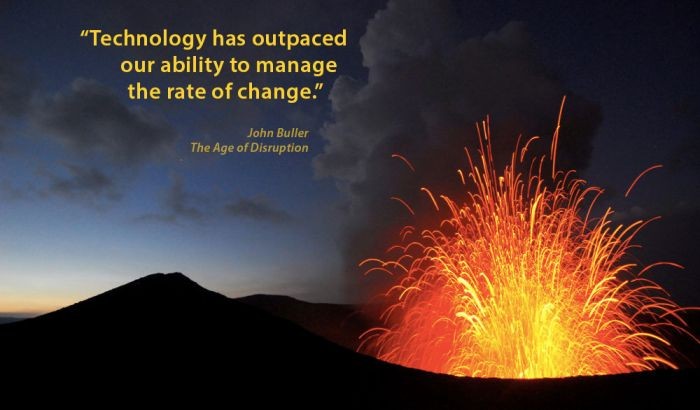 John Buller, whose senior executive roles have ranged from higher education to sports to retailing to non-profits to community organizations, has experienced and helped reshape an array of cultures over the years since he arrived in Seattle to play basketball for the University of Washington.

And the immersion in those disparate cultures has led him to publish his second book, "Can You Survive the Age of Disruption," more than two decades and numerous disruptive involvements since his first book. "Survival Guide for Bureaucratic Warriors." 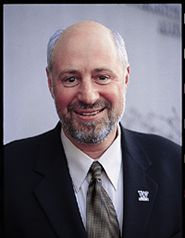 Buller prefers to describe his latest book as "a resource guide to creating the all-in culture," which he sums up as "all about outcomes that bring interpersonal skills that are collaborative in nature," although in his book he details elements needed to bring about an all-in culture.

"I have always been interested in leadership and culture building," Buller told me. "But I believe we are now experiencing a rate of change that demands a new way to look at how organizations manage the pace of this change."

"We are at a point where there are three generations in the work force at the same time," said Buller. "And within a few years we'll have four generations, and technology has now outpaced our ability to manage the rate of change."

Buller's first cultural "all-in" was college basketball, having been recruited in 1965 to come to UW. He led the freshman team in scoring and was sixth man, starting 10 games, in his sophomore year. But a viral inflamation in the heart lining impacted the rest of his playing career.

He spent two years as a graduate assistant for the Huskies while getting his MBA, then went to work for what was the Bon Marche, later Macy's,

Over the next two years and three promotions, he became divisional merchandise manager and eventually senior advertising and brand development executive. It was at The Bon where, he says, he had his favorite job.

"I was responsible for changing the 4,000 employees from a clerk mentality to a customer service mentality and I also got to do more than 40 two day team building workshops to support this cultural transformation.," Buller recalls.

The Bon experience led him to write "Survival Guide."

"Changing the culture at The Bon was an effort to focus on service, both to our customers and our internal attitudes toward our fellow employees," Buller explained.  "The book was about my learning the difference between a 'Soldier,' someone who takes orders, and a 'Warrior,' one who has a mission or a cause. I learned how to be a Warrior."

He took the warrior attitude, and the details of building survival skills, to roles as co-chair and director of the organizing committee for the NCAA Final Four in Seattle in 1995, executive director of the UW Alumni Association, CEO of Tully's Coffee and CEO of the Seattle Police Foundation.

His non-profit leadership roles included chairing the board of Seattle Seafair and a dozen years on both the Seattle Center Board and the board of the Washington Athletic Club, where he currently serves as executive director of the 101 Club.

Buller chuckles as he explains his often used process of creating All-In by having the marketing and the accounting teams each put together a business plan for the company.

"As you might guess, there wasn't a lot of similarity between the two plans. So I'd leave the room and say 'I'll be back in 20 minutes. Fix it while I'm gone."

"Today's Leadership needs to be proficient in understanding the 'Meyers Briggs Profile' - knowing yourself and understanding others that was the intelligence lesson of the 1980s and early 90s - then, along came 'Emotional Intelligence,' which focused on street smarts vs. book smarts," Buller explained.

Discussion of changing culture in the workplace automatically includes focus on millennials, those in their twenties and early thirties. In addition to that generation's obviously adaptability to technology,

Buller suggests "they have a social consciousness and they don't want to work somewhere that doesn't fit that. They think broad workplace experience, meaning horizontal movement, is better. They are looking for the perfect culture and perfect outcome."

"If you don't believe the statement that if you can't change you're dead, look at what's occurred with the Fortune 500 over four decades," Buller says. "In 1975 the average age of the companies in that index was 68, now the average age is eight."