Amazon/New York - Are the days of corporate incentives or breaks coming to an end? 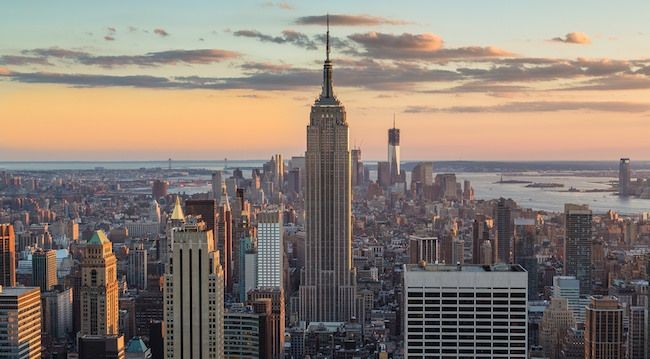 Watching the free-for-all of analysis and commentary over Amazon's misadventure romance with New York City, we're talking about the company now, now its CEO, over a second headquarters made me think of my senior-sprinter friend and author Steve Robbins. Although he is acknowledged as the most prolific author of management textbooks, he may now have an outline for one he's never written. I'm referring to Amazon's unprecedented suddenly announced decision that it was no longer planning to build a second headquarters in a section of New York City's Queens neighborhood of Long Island City.   I say suddenly announced because no one can be certain that Amazon's decision to turn away from New York was as quickly made as the announcement might suggest. Like the world third's richest company may have begun to have a change of heart soon after its early November announcement that unexpectedly there would another "second headquarters", adding Northern Virginia in the announcement that New York was the pick. Is it possible Amazon execs hadn't thought things through about New York until Gov. Andrew Cuomo and New York Mayor Bill de Blassio pointed out, as they welcomed the company, that New York is a union town? That fact had assumedly already been digested by a company that doesn't go for union organizing. The business fallout from this may simmer for a time but will likely disappear. Bu the political fallout will likely continue for New Yorkers into the next general election and maybe beyond.

Meaning from a business sense, Amazon will likely be able to go on as if nothing happened. As a former top Amazon executive told me, "the world is a very big place. If one doesn't want us, others will." But politically, the rift between the New York Democratic party power structure and the newly emerging powerhouse of left-wing forces, some elected and some not elected, will echo down the coming months. I called my roommate from college days at Marquette, who retired after fashioning a prominent New York legal career, to ask him his thoughts. "A lot of the politicians who were against the Amazon deal didn't represent the district so they had no skin in the game and Governor Cuomo is outraged at the politicians who had no constituent reason to get involved but screwed it up," he said. "Regarding the idea that unions opposed Amazon, a non-union giant, coming to New York: that doesn't make sense," he said. "The municipal employees union was very opposed because they feared the multi-billion dollar package the city had put together for Amazon would come out of their salaries and future raises. "But a majority of the unions are upset that Amazon walked away. Do you think any of the construction-related unions weren't excited about what the future held for them?" The Amazon-New York situation represents the conundrum that areas seeking to attract new business face. If a city or state don't offer the incentives, they are often out of consideration.  If they do play the game, they are open to public pressure to back off. A longtime business leader in this state, when I asked about that conundrum, told me he thinks the days of corporate incentives or breaks are coming to an end. "This movement among millennials to the left is going to reset the political system, including things like corporate incentives," he said."The selection process was, in my judgment the height of corporate arrogance in a time when the tide is going the other way," added my business-leader friend. "The variables which help strengthen public support for a company's actions are the goodwill a company builds in the community and the public support they build," he added. "Boeing has been a master at that, something they learned after the 1972 cutbacks from the demise of the SST." So back to Steve Robbins and his management textbooks. I haven't seen Robbins, who moved from Seattle to Cleveland a few years ago and turned 76 last month, for a decade but was caused to recall his leaving me far behind in various 100-meter races in masters and senior games events. But fortunately, I got to talk with him after or over coffee about both writing and running. I'd love to get hold of him now to get his view of the management aspects or lack thereof, that might have been in evidence in the non-dramatic drama of Amazon's decision. I flipped through his nearly three dozen titles, of which he has sold 10 million copies and that have been translated into 20 languages, to see if any of the titles, all available on Amazon, might suggest he's already been there in the discussions and lessons in his management textbooks. Robbins' books focus on conflict, power, organizational politics and interpersonal skills. Which of those were in evidence or absent, and to what extent, would make interesting cocktail lounge or boardroom, discussion. I was intrigued at the title of one of Robbins' books: "Divide and Conquer: The ultimate guide for improving your decision making." It occurred to me that the way Amazon left the New York political scene in taters definitely demonstrated an ability to divide, as was also evidenced in the embarrassing snafu of the Seattle City Council and its aborted head tax. I'll leave the "conquer" to those cocktail lounge conversations.