An unaccountable Sound Transit has begun to attract important critics 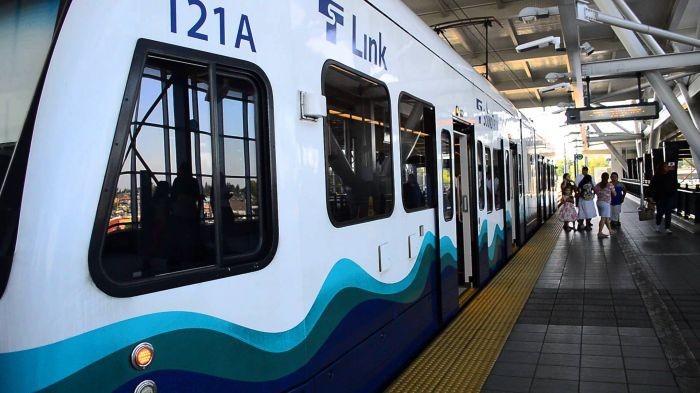 Unaccountability on the part of a public entity, no matter how well cloaked in good intentions or alleged importance of mission, inevitably leads to arrogance when there is no requirement to answer directly to anyone for decisions.

That, not surprisingly, leads to the kind of decisions that create a demand for accountability. Thus hangs the tale of Sound Transit, in the view a growing chorus of critics.

The sense is that the transportation agency officially known as the Central Puget Sound Regional Transit Authority may suddenly be caught with its arrogance on display and feeling the pushback from a public and from lawmakers who are coming to sense a possible need to recast the organization.

The goal of legislation that has now passed the Republican-controlled state Senate and is awaiting action in House would replace the 18 Sound Transit board members, now local elected officials from one of the three Sound Transit counties with 11 directors directly elected by voters in districts that would be created by the legislature.

The first broad perception of Sound Transit arrogance surfaced with the outcry from motor vehicle owners about the leap in the cost to renew their vehicle license after the excise tax this year had climbed dramatically, due in part to the vehicle valuation chart used by Sound Transit.

Geoff Patrick, who handles media relations and public information for Sound Transit, explained that part of the reason for the large jump in MVET fees was that, in approving ST-3, the $54 billion long-term transit package in November, voters said ok to a major increase in vehicle excise tax.

The outcry would suggest that many voters weren't really aware of that.

Patrick was quoted earlier, as the MVET flap emerged, to the extent that Sound Transit could have used a vehicle depreciation schedule that would have meant a less expensive renewal fee but chose not to "for simplicity sake," to bring transportation relief quicker.

Then came the visibility surrounding Sound Transit's legal battle with Mercer Island over its effort to end the ability of solo drivers from the island to access I-90 high-occupancy-vehicle lanes when the existing HOV lanes are closed this summer for construction of light rail. That solo-driver access was part of an arrangement that amounted to a pledge from state transportation officials to Mercer Island residents in exchange for letting the state cut the trench for I90 across the island.

And finally, and perhaps defining for any battle to avoid accountability, came the flap over a political fundraiser for King County Executive Dow Constantine at the home of Sound Transit CEO Peter Rogoff for his boss and benefactor. As the flap unfolded, it became known that the planned event hosted at Rogoff's home for his boss might breach two clauses in the transit agency's own code of ethics, though it wouldn't violate any state fundraising laws, so it was moved elsewhere. But Rogoff made it clear he would still be one of the sponsors.

It might seem strange to many political observers that Constantine, who holds the most powerful position on the Sound Transit board and is seeking reelection, would stand silently in the wings, awaiting the outcome of a key fundraiser flap rather then step forward and say, "This is an inappropriate issue. I am cancelling this fundraiser."

Attendees for the party at its new location, it turns out, had to first RSVP online to learn the address.

The disappointing thing about that is I was beginning to hope some newspaper photographer or television camera team would be on hand to document how many representatives of companies with multi-million-dollar contracts with Sound Transit would be on hand to pass some of the dollars back to the leader of the team.

A focus on those companies with multi-million contracts may soon provide more negative publicity for Sound Transit when all the details of documents detailing the breadth and depth of the value of contacts Sound Transit has signed with nearly 550 companies to provide a wide array of services begins getting close media scrutiny.

The documents were received by former King County Council member Maggie Fimia from Sound Transit in 2015 and detail all payments over $100,000 made to all entities, public and private, from 2007.

Touching on only one of the contract categories, Fimia offered "why do you need to spend $37 million on marketing and advertising if you have such a tremendous product?" And that didn't include any marketing costs for ST3.

Sound Transit's Patrick told me that a rigorous competitive-bidding process is in place for contracts with the agency, other than services like legal, accounting, marketing and others where expertise and reputation come into play, since you don't low-bid legal services, but may negotiate with the selected supplier for best price.

Fimia's 2001 defeat was allegedly aided by Sound Transit officials upset at her constant questioning of the agency's manner of operating and its dealing with the communities, questioning that clearly didn't end with her departure from the council.

Charles Collins, whose impeccable credentials as a critic of Sound Transit are even grudgingly acknowledged by the agency's board, told me Sound Transit went after Fimia because "she was a continuing thorn in their side."

"They are the 500-gorilla that no one wants to mess with and she kept messing with them, so they helped oust her," he said. She lost her reelection bid in 2001.

Collins has been a constant critic of Sound Transit's focus on high-cost rail service because all statistics, including the agency's own environmental impact statement, indicate trains won't come close to attracting enough riders to relieve congestion. More like attracting maybe 2 percent of riders.

Collins once told me that he and two former governors, Republican John Spellman and a Democrat, the late Booth Gardner, went to Sound Transit in the late '90s before the first vote embarking on rail as the key transportation underpinning with a novel new plan to provide a vehicles alternative that would carry far more passengers at far less cost.

"But they didn't even want to hear our idea because they were about building a train, not focusing on easing congestion," he said, except for Rob McKenna, then King County councilman and later the two-term Republican attorney general and unsuccessful gubernatorial candidate.

McKenna, incidentally, also lost his role on the Sound Transit board, bounced by then-King County Executive Ron Sims for his routine questioning of board decisions and priorities.

Collins, Fimia and McKenna are among those, a list which now obviously includes some legislators, who have urged that spending and policy decisions in the future should relate to relieving congestion rather than focusing only on building a rail network.

"Nothing has changed," said Collins, whose credentials include having been Spellman's Chief King County Adminstrator, Director of Metro Transit and chair of the Northwest Power Planning Council, the State Higher Education Coordinating Board and the State Commission on Student Learning.

Indeed while Sound Transit operates some of the nation's most successful express bus services in addition to rail and light rail service to the region, there has been little doubt in the community that members of the board view themselves as creators of the region's light rail system.

And the fact that the mode of transportation in the region's future has unfortunately become ideological, or maybe was from the start, is the reaction of a liberal commentator on Senate passage of SB5001 and that four Democrats joined the Republican majority in passing the measure to the House.

The columnist said the four Democrats" betrayed Sound Transit and the progressive movement," and urged that "every activist and every organization who was involved in helping to pass Sound Transit 3 last year needs to pitch in to ensure that this bill gets a burial in the House of Representatives."

Rogoff is an intriguing case, having been a strong supporter of bus rapid transit and critic of the "enormous expense to build and maintain rail" while head of the Federal Transit Administration. "Busways are cheap."

Almost amusingly, now that he heads an agency dedicated to rail, he said in a speech back in 2010 that riders often want rails, "but you can entice diehard rail riders onto a 'special' bus sometimes by just painting the bus a different color than the rest of the fleet."

He hasn't yet explained at what point between then and his joining Sound Transit that he changed his position of bus over rail, which he viewed as enormously expensive to build and maintain.

If the idea of an elected board to replace the current appointed board is approved by the legislature, a new board might find it could dramatically reduce current and future expenditures by focusing on bus rapid transit and a much more zealous process of contract oversight for other than actual infrastructure expenses.

Only contracts specifically relating to construction bond covenants have been held by the court as illegal to change. That doesn't likely apply to things like contracts with law and accounting firms and advertising and marketing agencies. or construction contracts that won't have been signed when an elected board might replace the current board.