An appropriate time for 'We The People' student focus on U.S. Constitution 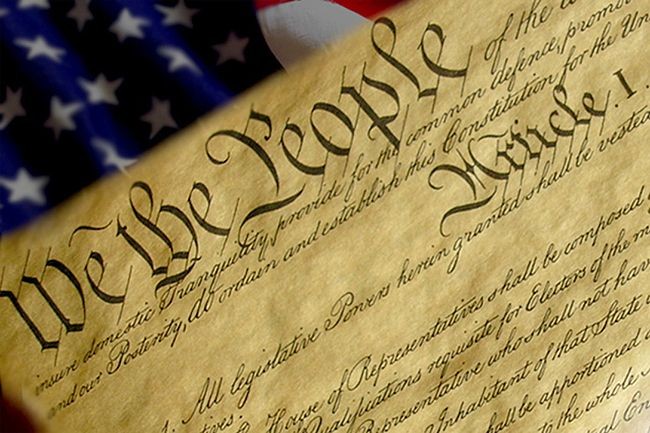 At a time when the U.S. Constitution has become the focal point of conversation and discussion across the nation, with an alarming amount of the discussion heatedly political, it's heartening to learn about the little-known competition among high school students across the country to create a deeper knowledge of the nation's founding document.The program is called "We the People: The Citizen and the Constitution" with programs in all 50 states involving thousands of students in a national competition that culminates in the spring with national finals sponsored by the Center for Civic Education and conducted at the national conference center in Leesburg, VA.The finals are designed to simulate a congressional hearing, presumably without the rancor that characterized the convention that adopted the constitution and that has been passed down through legislative bodies since then to the Congress of today.I learned about the program from my granddaughter, Emma, then a senior at Portland's Franklin High School, a year before her mother, Oregon Supreme Court Justice Meagan Flynn, became part of an unusual lineup of coaches at Franklin. That team of coaches this year includes, in addition to Meagan, fellow Supreme Court Justice Rives Kistler, as well as a retired Oregon appellate court judge.Grant and Lincoln high schools in Portland have carved out roles as perennially among the top three high schools in the nation with Grant finishing first in the national competition last year and Lincoln third.There's little likelihood that when Grant or Lincoln teams return with their national recognition there are celebrations to congratulate the winners, or that the parents at those schools even know much about the event. Anyone aware of the importance of informed citizens in creating forms of governance would find that disappointing.But apparently among the students at Grant and Lincoln, the old story of "success breeds success" is at work."They are very selective in who they pick and they have developed a strong draw to students,' Meagan said.Washington State high schools lag far behind the performance of their Oregon counterparts. Six Washington high schools are involved in the constitution competition.

Students from the six Washington State High Schools participate in the We the People State Competition on the Capitol Campus in Olympia each spring.About 40 Franklin students gather each Monday evening with 15 to 20 coaches and the high school's advanced placement teacher to go over questions and discuss aspects of the constitution.The questions they deal with would make interesting fodder at adult gatherings if the idea of discussing the constitution in other than the occasional irrelevant conversations about getting a new one occurred to them.As Meagan explained to me when I asked her how the evenings go, "We usually split into six individual units during the evening and help the kids work on their answers to the prepared questions or have them practice answering random questions about their topics.  In the competition rounds, they give their prepared answer and then spend six minutes fielding any questions about the topic that the judging panel wants to ask. The questions are mostly along the lines of taking a position and defend your answer with specific examples, rather than closed-ended questions."The questions the students deal with are compelling and hopefully could prompt some of their parents to gather and say "hey, let's have a discussion about this."Three questions gleaned from a multi-page list that the students deal with attracted my attention:

- "How does the Constitution limit government power to protect individual rights while promoting the common good?"

- "what arguments can you make for and against giving each state the right to send the same number of members to the Senate?

- "If a law has been properly passed by the law-making branches of a democratic government, why should judges have the power to declare it unconstitutional? Do you agree or disagree with the position implied by this question? Why or why not?"

During the national finals, more than 1,200 students testify before a total of 72 judges, in panels of three. The judges are history, political science, law, and education professors, members of the legal community, and others with knowledge of the Constitution and Bill of Rights.According to the Center for Civic Education, "Since the inception of the We the People program in 1987, more than 28 million students and 90,000 educators have participated in the program and more than 30,000 students have participated in the national finals."I asked Meagan what she views as the value of the program."It makes good citizens," she said. "Students learn about the Constitution and how it relates to current events and they learn to take information and form an opinion, based on facts."I think we should form an adult version of "We the people."