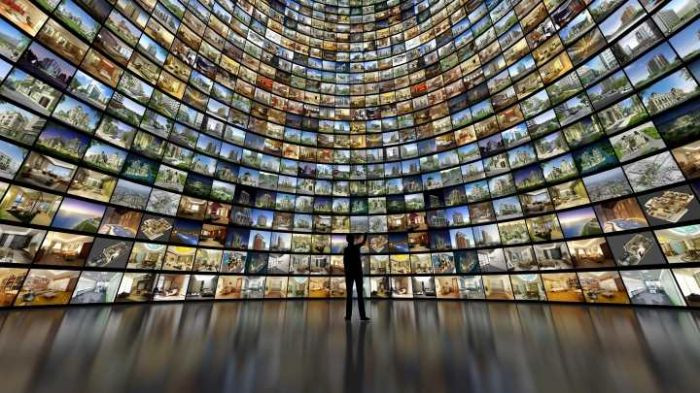 The idea of preserving the voice and video presence of every U.S. service member killed in action led Sandy Wheeler to create an archival video platform that would allow those whose military service leads to the ultimate sacrifice to have preserved, before their departure for a battle zone that may be well known or top secret, their legacies for family members left behind, and even those not yet born.

“We would hope to make it part of their pre-deployment requirement that they create for their loved ones and family members short video messages that will go into the archives,” said Wheeler, a Vietnam veteran who returned to civilian life in 1970, graduated from what was then Central Washington College and began what he expected would be an accounting career.

But a decade later Wheeler, now 74 and a Wenatchee resident, turned to be an entrepreneur, founding and presiding over the founding and growth of one of the best-known exercise-equipment companies, Bowflex, and its acquisition of Nautilus as well as Schwinn Fitness and Stairmaster.

Wheeler says the idea for memory-carrying time capsules was planted when he arrived home from his 18-month tour in Vietnam expecting to connect with one of his best friends, Dennis, who was to be discharged two weeks after him and also head home. But he learned that Dennis had been killed in action two days before his discharge.

Sandy Wheeler“That was truly the point in time that this vision took root,” Wheeler said. “I was sick with grief that this baby boy would never get to hear his daddy's voice, play ball, wrestle or do any of the things little boys desire and need.”

Fast forward to this past August as the U.S, involvement in Afghanistan wound down and two events served to cement in Wheeler’s mind the power behind the vision, and the need for the time capsules.

First was an incident related to him by a friend in the Seals who had a close friend, Lou, who was among the 22 Seals killed, along with eight other U.S, troops when their helicopter was shot down on August 21 in Afghanistan.

“Lou left a wife and two little boys, 7 and 9, behind,” related Wheeler. “But something else he left behind cemented in my mind the power behind this vision. Lou had a fellow Team member film a video of him on August 6 that was to be sent to his wife and boys IF he was killed in action. At Lou’s funeral, his wife played the video messages for all to see and there was not a dry eye in the place.”

“Finally, on August 26, 2021, our whole nation watched in horror as 12 Marines and one Navy Corpsman were killed in Afghanistan and their loved ones would be left in shock with no chance to say goodbye,” said Wheeler. “I then knew this vision had to move forward and launched it with two other co-founders.”

The first group Wheeler hopes to target with his TimeCapsules Corp., for which as CEO he is now in fundraising mode, is the 75,000 or so members of the various Special Operations (Special Ops) units spread across the armed forces, troops ranging from reconnaissance and counter-terrorism typically conducted by small groups of highly trained personnel like Army green berets and rangers and Navy Seals. Those are all grouped under what is commonly referred to as special forces.

“The deaths of the 12 marines and the navy corpsman killed in the suicide bombing attack on the airport in Kabul made me realize how important it might have been for their families to have videos of their dead service member, to hear them say "I love you" and they could listen a million times,” Wheeler said.

Wheeler's first step with his business is a crowd-funding effort to raise $350,000 to complete the technical aspects of the capsule and provide first-year operating costs. Then, having filed a Reg-D, he will go after qualified investors seeking to gain equity shares and looking to an exit strategy.

“We are now working on the app and finishing the buildout of the encryption stuff,” Wheeler said.

Wheeler's knowledge of how to grow a business is indicated by his exercise-equipment venture. He launched Bowflex in 1985, taking the role of marketing vice president and fundraiser, then guiding the purchase of Nautilus as well as Schwinn fitness and Stairmaster in the '90s, using the name Nautilus for the collective businesses. Then he took the companies to the NYSE under the symbol NLS, completing the growth from zero sales to more than a half-billion dollars.

Wheeler emphasizes the importance of family to him. He and his wife, Dianna, celebrated their 50th anniversary in July, and the day we talked, he was heading off with his grandson to drive to Nebraska to go deer hunting.
.
“Joint Base Lewis McChord (JBLM), which has three or four special ops groups, would be our first target, then Fairchild near Spokane, then once we have all special ops, move on to regular military, to all reserve and eventually national guard members, whose lives are on the line if they are called up.”

It’s intriguing that Wheeler’s project starts with a part of the military that frequently operates in secret so most Americans are not even aware there are members of the military who are on assignments that, at any given moment, can be in life or death situations.

“The time capsule will allow any member of the military to leave something for any future calendar date they wish and for any reason, even 20 to 30 years into the future, and the system knows the disbursement date,” Wheeler explained. “Those for whom a message is left will have a disbursement date that could be like to a granddaughter on her wedding day saying in a video capsule ‘grandpa would love to be with you on this special day.’”

Wheeler’s time in Vietnam included an incident that brought home to him personally the importance of communication with loved ones, an incident he shared with a chuckle.

He recalled that he sent a letter each week to his mother, “sometimes even just a quick note, like ‘send cookies,’ but it was every week.”

“Then I got sent on a secret mission to Laos or Cambodia, a mission where you didn’t even take your dog tags let alone communicate,” he said.

“So when my mom didn’t get her letters, she called the Red Cross and her concern eventually came to the attention of an admiral who called me in when I returned and he said ‘we can’t have your mom calling the Red Cross. Next time you leave me a series of letters to send to her and I’ll take care of it.’”