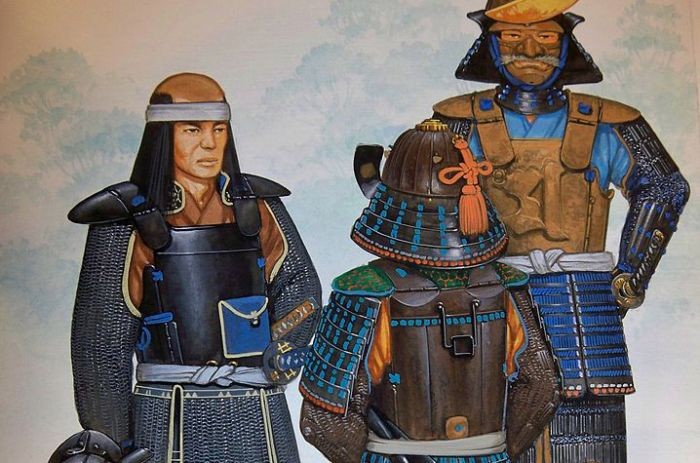 Brian Snoddy's lifetime focus on Samurai weaponry, which has led to a collection large enough that he is now looking for a museum to display it all, sprang from a second-grade project to create Japanese armor out of paper mache.

Along the way since then, Snoddy became immersed in the Samurai culture that dominated Japan for hundreds of years until the mid-1800s while he also successfully pursued his career as an illustrator.

In the early '90s, Snoddy worked as a comic book artist and on prominent Saturday morning cartoons like Conan the Barbarian, Disney's Gargoyles, Garfield and Friends, X-men, Jim Lee's Wildcats, and Exo-squad. 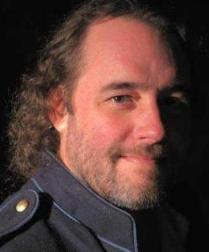 Thereafter, was also a partner in a successful game company called Privateer Press, which he co-founded and co-guided until selling his share in the game company to help provide the money to build his collection.

He recalls that he bought his first Samurai weapon at the age of 19, a short sword that cost him $350 "at a time when I had $700 to my name." He noted when we visited that Samurai warriors always carried a short and long swo

"I want to start a real museum that is dedicated to the kind of stuff I have, which is a collection that is like nothing in the U.S, that I am aware of," Snoddy said. "There are some very impressive private collections in this country but nothing that is open to the public."

He estimated that his collection, which is stored in his apartment except for a suit of armor that stands beside his desk in his Lynnwood office, is worth about $120,000.

While Snoddy is intent on finding a place for public display of his weaponry, he is also intent on helping attract interest to the time when the Samurai dominated Japanese culture.

"This was an ancient, sophisticated culture that dates back more than 700 years," he said. "It came from the warrior culture of Japan but basically ended in 1876 when Japan decided to modernize, realizing it was out of touch with other countries and cultures, but that also meant modernizing its military."

"It was development that had to happen at some point since Japan had cut itself off from the rest of the world, until Commodore Perry sailed his ships into Tokyo Bay and forced Japan to open itself to the outside world," Snoddy explained, sharing a bit of history.

Snoddy noted that the Samurai made an attempt to come back a few years after they were banned in what is known as the Satsuma Rebellion, a revolt against the imperial government, "but they got annihilated," he said.

He recalled that he bought his first suit of Samurai armor, "probably dating from the 1700s," when he was 25, adding that by then he was also buying sword fittings, such as handles.

"I now have nine suits of armor, five helmets but only two swords, plus a "naginata," which he explained was a pole with a long sword-like curved blade on the end, and I was intrigued to learn when I did a search on "naginata" that it was primarily a weapon of female warriors of the Japanese nobility.

That caused me to chuckle, frankly, as I thought "Ah, a society ahead of its time in some respects."

Snoddy said the place he'd like to find to display his Samurai weaponry "would ideally be a working museum that would include people who could identify artifacts, publish books as well as provide audio and video products and have guest speakers from around the world."

Snoddy is not alone in his interest in the Samurai weaponry. California has two large Japanese sword-owner gatherings: the Northern California Token Kai (Kai means club, Snoddy said) and the Nanka Token Kai, Southern California Japanese Sword Society. Plus, he said, there is a convention in Florida each year.

But those are gatherings of sword owners, not collectors of the full array of weapons.

Snoddy laughed when he shared that his interest in Japanese culture isn't limited to medieval times, since he met his wife, Makiko, there when they were introduced after, as he put it, he was dumped by his Japanese girl friend at the same time she was bemoaning the loss of her U.S. pen pal from whom she was learning English.

They were married soon after.

Before basketball at Gonzaga there was football

Dineen's vineyards is back to roots, not entrepreneur encore, after banker career