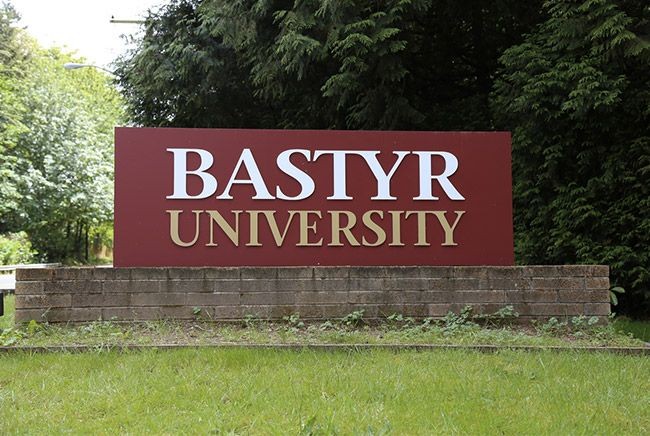 As Bastyr University celebrates its 40thanniversary and gives special recognition to the man who founded the naturopathic school and served as its president for 22 years, there will undoubtedly by some reflection on the decades-long struggle by naturopaths for recognition and acceptance by conventional medicine.But the growing awareness of the importance of holistic healthcare, and the expectations a more health-savvy populous has come to have, and will more so in the future, accelerate the demand for integrative medicine, a phrase that means the convergence of conventional and alternative medicines.In addition to celebrating its founding and its founder at the May 10 luncheon at the Fairmont Hotel in downtown Seattle, Bastyr will be introducing its new president, Harlan Patterson, who was chosen by the Bastyr Board of Trustees last month to guide the school after the six-year board member stepped in as interim president last July.

Dr.Joseph PizzornoPatterson brings a mainstream higher-ed background to his new role, having been Vice-Chancellor for Finance and Administration at UW Tacoma, and former Executive Director of the Washington Vaccine Alliance.Back in 1978, with Portland-based National College of Naturopathic Medicine (NCNM) deciding to close its Seattle branch and the legislature considering the elimination of the naturopathic license, Dr. Joseph Pizzorno Jr. and two other naturopathic physicians viewed the challenges to their profession as an opportunity.Thus the three, Drs. Lee Griffith and William Mitchell Jr. and Pizzorno, all graduates of NCNM, moved to create a new naturopathic school in Seattle, a step that not only protected the licensure in Washington State but opened doors in the naturopathic field by building the school's curriculum on a science-based foundation.Much has happened with Bastyr as it has grown in impact on the 51-acre wooded campus on the Eastside to which Pizzorno moved the school in the mid-90s, including the launch by now-retired president Dan Church in 2012 of Bastyr's San Diego campus, making it the only naturopathic college in the State of California.Pizzorno, during his tenure, guided Bastyr to become the first accredited university of natural medicine and the first center for alternative medicine research funded by the National Institutes of Health's Office of Alternative Medicine.The challenge of acceptance by conventional medicine that naturopaths still often face is pointed up by the absurd encyclopedic entries by Wikipedia, entries on naturopathy. Bastyr and Pizzorno that contain not information but tasteless and ridiculous putdown. Phrases like "pseudoscience and quackery" for Bastyr and, describing Pizzorno, one of the nation's most recognized and respected naturopaths, as "promoting dangerous and ineffective treatments."Such intentional inaccuracies apparently aren't surprising to that who note that Wikipedia not only accepts but solicits large donations from organizations or individuals who may wish to have specific entries written to their liking and approval."Looks like the 'Quack Busters' got to write up the Bastyr Wiki," Pizzorno told me with a chuckle. "Those of us who are advancing this medicine use the number of times they go after us as a measure of success.""There is a small posse (some NDs suggest "army" rather than "posse") of traditionalist doctors fighting the relentless march of alternative medicine into the mainstream," he added.

Pizzorno, honored numerous times over the years, travels worldwide, consulting, lecturing and promoting science-based natural medicine and collaborative health care and is obviously quick to do pushback of those who denigrate or fail to understand his approach to healthcare.Thus he is unabashed in his summary of the struggles of naturopathic medicine, summing it up as: "The big challenge is that natural medicine and our foundational concepts have been actively suppressed by the vested conventional medicine interests for over a century. This has meant that the social and fiscal standing of NDs has always been under attack and patient access impaired through discriminatory licensing laws and blocking insurance reimbursement."

With respect to insurance coverage, former Washington State Insurance Commissioner Deborah Senn told me that while the number of states requiring insurance coverage for alternative medicine is growing, implementation and policing remains in the hands of the State Insurance Commissioner. After Washington lawmakers passed a law requiring insurance coverage, insurance companies went to court to challenge the requirement and Senn, an attorney and supporter of naturopathy, went to the 9thCircuit Court to uphold the law.An increasing awareness of the importance of diet, exercise, and lifestyle on health has drawn a growing number of people, and not just millennials, to alternatives to conventional medicine and its practitioners. And for many, the search for alternatives leads to naturopathic medicine.

It was as I pursued all my options in deciding how to deal with my prostate cancer in 2011 that I visited a naturopathic physician, Dr. Eric Yarnell, on the Bastyr faculty, and learned of artemisinin, an extract derived from an ancient Chinese herb.

I had known a little about alternative medicine, but learning of artemisinin and the fact that it was being viewed as a cancer-fighting agent caused me to want to learn more both about the herb and about Bastyr, even though I finally decided, with advise from Yarnell, interestingly, that I should have a prostatectomy.

I wrote about artemisinin (search Flynn'sHarp: artemisinin) two years ago when the 85-year-old Chinese herbalist who discovered its ability to fight malaria won the Nobel prize for medicine. It's now also being viewed as a possible agent to fight, or possibly prevent, certain cancers, attracting National Institutes of Health and state funding to explore the possibility.I've grown more focused, in recent years, on seeking the best practices and practitioners from conventional and alternative medicines for my personal healthcare, coming to understand that I make the final decisions on my healthcare and who provides it. But I have maintained a high respect and regard for my MDs, including my long-time internal medicine doc, who knows I tell people she once saved my life, and my prostate surgeon, for whom my respect has become friendship.In addition, I look forward to regular breakfast or luncheon meetings with a couple of the most respected medical-practice leaders in the region.But on the alternative-care side, I have an array of healthcare providers, each highly regarded in their specialties, ranging from acupuncture to high-intensity training (search Flynn's Harp: high intensity), to Reike to Feldenkrais, all attracting increasing attention from those growing ever more attuned to health issues ranging from performance enhancement to personal awareness.I've been intrigued by the number of friends and associates who have come to take a similar approach to their own healthcare.And in conversations about that fact, there's inevitably been a shared frustration that our conventional docs frequently put down the value of our alternative docs and we wish that they would come to understand the value each brings to healthcare, in other words, integrative medicine.Perhaps promisingly, conventional medicine has come up with an alternative to alternative medicine. It's called Functional Medicine and some medical doctors are rushing to get certified for the new practice model that actually borrows much from the philosophy and practice of naturopathic practitioners.Prominent physician and New York Times best-selling author Mark Hyman calls Functional Medicine "the future of conventional medicine, available now." He notes that "it seeks to identify and address the root causes of disease, and views the body as one integrated system, not a collection of independent organs divided up by medical specialties."But back to old-reliable Wikipedia, which sums up Functional Medicine as a "collection of totally nonsensical gobbledygook."Intriguingly, Pizzorno has been a leader of the Institute for Functional Medicine since its beginning, serving on the board since the organization was formed, including several years as chair and now as treasurer.Pizzorno, who also is editor in chief of Integrative Medicine, a Clinician's Journal, has for decades been advancing the healing side of medicine and advancing naturopathic medicine in an array of venues.

Building on its science-based foundation, Bastyr has been the recipient of a number of multimillion-dollar research grants from NIH.

Grants from the NIH tied to projects involving both conventional healthcare facilities and alternative ones are likely to help move the integrative medicine needle.

An interesting one, the kind that inevitably draws chuckles from some, is a grant that teams Bastyr with UW Medicine and the University of Minnesota in a $2.5 million grant to study the potential impact of Turkey Tail Mushrooms on certain types of cancer, specifically breast cancer but also prostate cancer.

Turkey Tail mushrooms are one of the most researched and highly regarded medicinal mushrooms, with a long history of curative and medicinal use in China and Japan, having a long list of medicinal properties and health benefits. But researchers prize them most as a natural source of the anti-cancer polysaccharide (PSK).

PSK is said to fight cancer and halt tumors by inhibiting the growth of cancer cells and "stimulating a host-mediated response."

One of the best tools naturopaths have toward achieving broad acceptance is the Bastyr grads who have moved into highly prominent positions that demonstrate the effectiveness of integrative medicine, though all also have Ph.D. in addition to ND after their names.

Those include:
Many NDs, in seeking to establish greater acceptance with a savvier patient population, may play to the growing public realization that quantity and quality can't be effective partners in healthcare, meaning any professional who has quotas for the number of patients can be viewed as challenged to also achieve the highest quality of service.