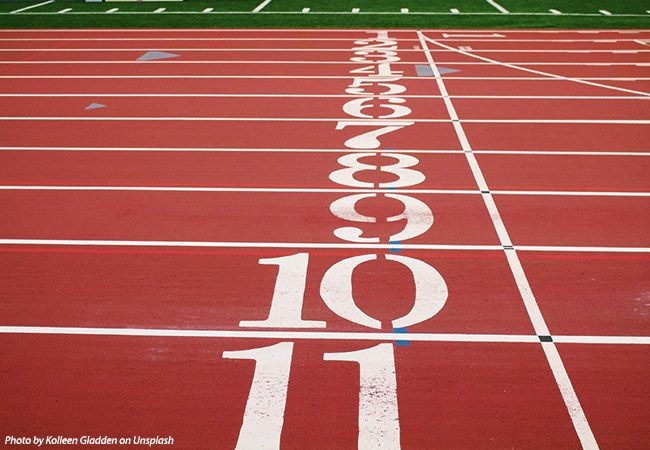 (Editor's Note: The column I should have written about my grandson, Connor, and his competitive courage I didn't write for fear of it being too personal. But his hometown Mill Creek Beacon wrote the story after Connor had participated for Jackson High School in the state 4A track & field championships and reporter Ian Davis-Leonard wrote it with as much fact and feeling as Connor's grandfather could have. So Ian's story is repeated here with permission.)                     --------------- Like many kids, Connor Flynn has always enjoyed sports.The Jackson High School senior has played soccer his entire life, basketball for years, tennis in high school and recently picked up Track.

Unlike the usual athlete, Flynn would often have to exit sporting events, because of a rare disease that would cause his muscles to completely shut down.

Connor Flynn
Mill Creek Beacon PhotoFlynn was diagnosed with periodic paralysis when he was just 11 months old. The rare genetic disease causes his muscles to quit functioning for a short period of time.
"He is a very resilient kid," Connor's father Michael Flynn said.
"When he was very young there were a couple times when he was upset and would say 'gosh I wish I didn't have episodes' and as a parent that was kind of heartbreaking. It made him different and that was a little bit scary for him when he was young."
The condition prevents Flynn from being able to drive due to fears of it occurring while he is behind the wheel. Since he was in elementary school, Flynn has had a para-educator who ensures that he makes it to each of his classes.
"If Connor were a different kid it might have affected him in a negative way," Michael Flynn said.
The elder Flynn credited his son's group of friends for welcoming Connor and helping to ensure that one aspect of Connor's life would not define him.
The paralysis usually only debilitates Flynn for a few minutes before he is back to normal, but the impediment is induced by exercise, so for an athletic kid like Flynn it was problematic.
"I've pretty much learned to play with it," Flynn said.
He spent three years of high school as a defender on the Timberwolves' soccer team. During his senior year, Flynn fell victim to the peer pressure of his friends on the track team and went out for Track, instead.
"As you can imagine the paralysis happens quite frequently when I do track," he said.
However, compared to his time as a soccer player, the paralysis occurred far less. The challenge for Flynn was learning to manage the condition in a new sport.
As a soccer player, Flynn would be forced to leave the pitch once or twice per match. His coaches and teammates were aware that Flynn might have to leave the field in the middle of the action and were able to adjust.
With track events being short and on a strict schedule, the sport provided Flynn with a new challenge for how to succeed through his condition.
At times, Flynn would run around or sprint prior to a race only to have the paralysis occur prior to the event instead of during it.
"If I intentionally try and have it before a race, it won't really be a problem," Flynn said. Once his body goes through the paralysis, he is fine for a while. Flynn described it as the paralysis being "out of his system."
The paralysis never occurred during any of his track meets and Flynn turned in a surprisingly successful season.
With his only previous track experience coming in middle school and the condition hindering him some, Flynn joined the team expecting to just compete and have fun.
Instead, he parlayed his athleticism into an appearance at the 4A state track meet in both the 300-meter hurdles and the 1,600-meter relay.
(Like father like son, since dad also ran the 300-meter hurdles at Blanchet High School and went to state in the 1,600meter relay. And grandpa took fourth in the state meet in what was then the 440-yard dash six decades ago.)
"As a coach, not a parent, I am still a little bit surprised," said Michael Flynn, who coaches the hurdle group for the Jackson track team.
"The last thing I think we thought was that 'oh he might be able to go to state,'" Michael Flynn said. "I thought he would be a good contributor and have a good time socially, but I really had no idea he was going to do so well."
Connor culminated his short-lived track career with a 15th place finish in the hurdles and a seventh-place finish in the relay, far better than he ever could've imagined.
"Going into the season, I wasn't expecting to make state or anything, so it was pretty awesome that I was able to improve that much and qualify for state," Connor Flynn said.
"As a coach, it's fun to see your athlete excel and as a parent, it's fun to see your child excel, so it is really nice when you get to experience those both together," Michael Flynn said.
In the fall, Flynn will be attending the University of Washington with plans of majoring in engineering. He hopes to continue his athletic career through intramurals and potentially club sports.
Tweet
Tags:
Mike Flynn Schools people
Washington World Fellows small step toward address...
Words Matter - Lessons learned & shared by a noted...