The insider-trading quagmire in which New York Congressman Chris Collins finds himself may be occurring at the perfect time, in the midst of an election season, to inject an issue of substance rather than merely another political issue into congressional races around the country. The question is the need for closer scrutiny of personal financial involvements of members of Congress. 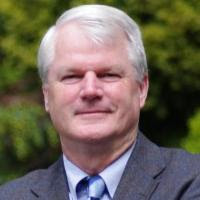 Brian BairdCollins' troubles stem from charges by Federal prosecutors that he used his seat on the board of a small Australian drug company to tip off his son and others that the company had failed a critical human trial and that the thousands of dollars of stock they all held would be taking a disastrous hit.That was the first time I knew, the naïve soul that I must be, that members of Congress could sit on boards of publicly traded companies, thinking it beyond question that someone assumedly serving the best interest of constituents who elected them couldn't also fulfill the fiduciary duties to shareholders that a board member has.Brian Baird, the former Democratic Congressman from Washington's third district whose major impact was his leadership in achieving legislation that now requires members or Congress to abide by the same investor rules that govern the rest of us, thinks it doesn't even deserve to be elevated to the legitimacy of a question."Being a member of Congress is a full-time job," said Baird. "I put in 70 hours a week during my time in Congress and the idea that I could also fulfill a fiduciary obligation to shareholders is preposterous."Thus the issue that Collins' apparent insider-trading transgressions opens up for injection into congressional races is a close scrutiny of all financial activity by incumbents, not just involvement on boards.One problem is that while members of the Senate are prohibited from serving on corporate boards, members of the House are not, though they can't be compensated for serving in such roles. But while a member of Congress files a financial disclosure report each year, there's no central database where that information is available.But Baird thinks there should be, and that it would be well if some government-watchdog organization could digest and disseminate it and thus provide the opportunity to evaluate the financial conflicts of those running for re-election. That could be a welcome factual issue to inject into those campaigns rather than merely political rhetoric. And perhaps it would impact some election outcomes, thus frightening others in Congress to shed inappropriate financial dealings.It might be uncomfortable for some incumbent Republicans to come down too hard on questionable financial activity, given the track record of many members of the cabinet of President Trump who may have made it appear that unseemly financial activity was a requirement for selection.But lest that come across as a political comment rather than a journalistic observation, I'll add that Democrats could also have a bit of discomfort if they are too critical of the current environment given that the "Queen of the Questionable" may be House Democratic leader and former House Speaker Nancy Pelosi.  No one who saw her mishandling a question in the now famous 60 Minutes segment relating to questionable investment activities by members of Congress would possibly argue with that characterization of her relating to at least past financial involvements.Baird spent half of his 12 years in Congress in a frustrated, and futile, effort to gather support for his legislation to make it illegal for lawmakers to engage in the kind of financial transactions that those in the real world know as Insider Trading and for which ordinary people can be sent to jail. Baird and one or two supporters offered it each session but couldn't even get a committee hearing.Then came the 60 Minutes piece by CBS reporter Steve Croft, which amounted to merely highlighting the replies of then-House Speaker John Boehner and former Speaker Pelosi to his unexpected questions about their stock transactions. Boehner merely like someone hiding from the truth but Pelosi looked, like someone simply incompetent, stuttering ..."I don't understand your question. Um, You aren't suggesting I'd ever do anything that wasn't in the best interest of my constituents...?"Croft's reporting exposed how members of Congress and their staff traded stocks based on nonpublic information to which they had exclusive access, the very issue Baird's ignored legislation was designed to address.The news program sparked a public outcry and lawmakers by the dozens scurried like frightened rats to get aboard as supporters of the bill amid the public outcry, and so in April of 2012, the measure titled the STOCK Act (Stop Trading on Congressional Knowledge) was passed.Despite the passage of the legislation he pushed, Baird said in an interview last weekend: "The whole issue of conflict of interest in Congress is something they have never addressed.""I'd love to see a study about how often members or Congress excuse themselves from voting on something because of conflict of interest," he added.And wouldn't it be heartening if the media focus on Collins' legal challenges over his financial activities led to the kind of public outcry, particularly during an election campaign, that could stir a congressional rush to get on board a reform effort as happened with the rush to pass the STOCK Act.