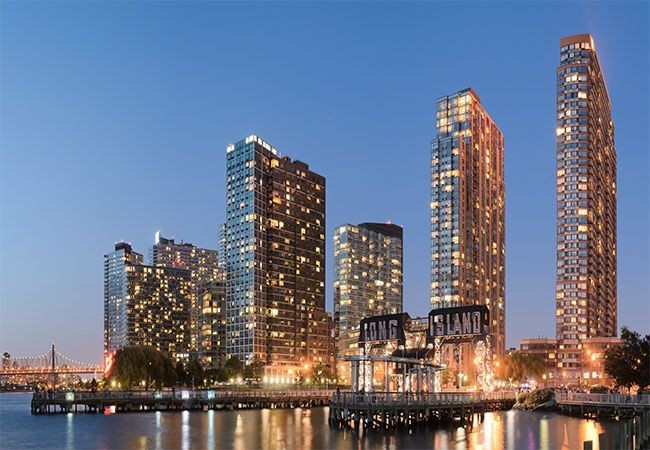 New York Gov Andrew Cuomo has laid to rest any doubt that the political fallout from Amazon's decision, in the face of loud but relatively small opposition, to abandon its plan to bring its HQ2 to New York will drift across the national Democratic party landscape heading toward the 2020 elections.' An open letter released last Sunday on Cuomo's web page was written by New York State Budget Director Robert Mujica who basically derided those whose opposition led to Amazon's decision as either stupid or liars. As Mujica ungently said of opponents of the project who claimed Amazon was getting $3 billion in government subsidies that could have been better spent on housing or transportation: "This is either a blatant untruth or fundamental ignorance of basic math by a group of elected officials." Mujica, whose letter has become fodder for blog comments across the political and economic spectrums, said there were three reasons the Amazon deal fell apart. "First, some labor unions attempted to exploit Amazon's New York entry. Second, some Queens politicians catered to minor but vocal local political forces in opposition to the Amazon government incentives as 'corporate welfare.' Third, in retrospect, the State and the City could have done more to communicate the facts of the project and more aggressively correct the distortions." On the third point is where Mujica took opponents of the project to task for his charge of "blatant untruth or fundamental ignorance."   He explained that "The city, through existing as-of-right tax credits, and the state through Excelsior Tax credits -- a program approved by the same legislators railing against it -- would provide up to $3 billion in tax relief IF Amazon created the 25,000-40,000 jobs and thus generated $27 billion in revenue." The fallout from Coumo's withering criticism of Amazon critics, through Mujica's superbly crafted narrative, coupled with the emerging influence of newly elected congresswoman Alexandria Ocasio-Cortez, could make New York ground zero for a major rift among Democrats, and not just those in New York. Those elected officials scorned by Cuomo through Mojika's commentary, included Ocasio-Cortez, who has gathered growing support from elected Democrats on the left as well as left-leaning groups around the country, particularly after she promised that candidates like her will be on the ballot in an array of locations next election. I looked through a variety of political and economic blogs about the Amazon debacle and found several that made compelling reading.

But the one that I found most compelling, though politically partisan, was from an economics blog called Marginal Revolution done by a couple of economics professors at Gorge Mason University in Virginia. "I can only think that this is some sort of cognitive dissonance that prevents people of a certain politics slant from mentally processing words that go against a deeply held stereotype," wrote the prof, Alex Tabarrok. "Amazon is big. Bezos is rich. Obviously then the state gave them unique benefits. That's the only message that the left wing brain is neurologically capable of hearing, even though, in this case, it is the opposite of what happened." His comment made me think his "certain political slant" likely fits both political fringes and it was then I realized it's been exactly a decade since the modern-day Tea Party came into existence, in either February or April of 2009, depending on which event its fans took to be the launch. There obviously isn't going to be a liberal Tea Party, even if "neurological incapacity" can be found far out on either fringe. But what's happening in New York in the Amazon aftermath makes it clear there could be a mirror image of the Tea Party with the mirror folks shouting "yes, taxes!" in reply to the "no on taxes!" Or "more government" to"no government." That's the "balance" of equally potent fringes which, even if each appeals to about 15 percent of their parties, will be reflected in pressures on the middle as the next election nears. And because the liberal "Tea Party" mirror is coming about a decade on from the original, it will be affecting political positions more than in the past for Democrats. And thus it will be interesting to see how the positions of Washington State's two presidential wanna be's, Gov. Jay Inslee among the Democrat hopefuls and Starbucks' Howard Schultz as an independent, might change.