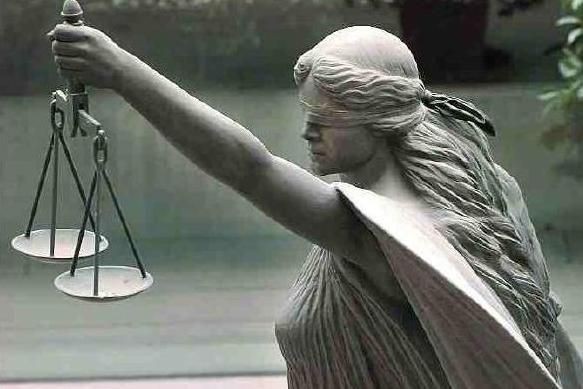 The State Supreme Court's decision to assume the role of determining the future course of education funding in this state stirred unrest among those who viewed it as crossing the bounds of separation of powers. But when the court last fall decided which unit of government would monitor the effects of new wells on existing water rights, even one of the Justices raised a red flag about the court's move beyond judicial bounds.

The wells issue is off the visibility radar screen in most parts of the state, but a source of potential crisis in many rural areas. And because of that the lawmakers are pushing back against the court edict because they have the power to do that, unlike the education-funding ruling, now known as the McCleary Decision., where the high court cited constitutional grounds for demanding the legislature do as instructed.

The water issue came about as a 6-3 opinion in a Whatcom County lawsuit with the high court effectively blocking development throughout the state by removing the Department of Ecology from management of water resources relating to individual wells.

The legislative pushback, which would restore the authority over individual wells to the Department of Ecology, took what could be an important step Tuesday night when the Republican-controlled State Senate passed a measure that would put Ecology back in charge.

But the fact that the bill, sponsored by Sen. Judy Warnke, Moses Lake Republican, passed by a 28-21 margin with only two Democrats in support, and that there is no similar measure in the Democrat-controlled House, doesn't provide much confidence for proponents that the problem will be addressed this session.

The Senate bill is now in House hands and because of the complexity of the legislative process, it could still emerge before the Legislature ends.

Meanwhile, the concern about separation of powers continues for those who see both cases involving a high-court overreach.

What the concern over separation of powers means, basically, is that the role of the judiciary is to determine the legality or constitutionality of actions or policies made by the executive or legislative branches. If either legislative or executive branch goes too far, the Judiciary pulls them back where they belong.

The criticism of legal experts, and some in the legislative and executive branches, is that if the court empowers itself to stray into policy matters, there is no way to pull the court back where it belongs. Except the voters, who in a liberal state are not likely to get too upset at the actions of a liberal court.

Interestingly, there is a quiet movement to raise a substantial warchest and ferret out quality court candidates to begin to signal the court that the voters could decide to fill the appropriate role of "judges" of the judiciary.

The dissenting opinion in the water case, written by Justice Debra Stephens, a native of Spokane, described the decision as amounting to "a policy decision that GMA (Growth Management Act) counties should not issue building permits that rely on permit-exempt groundwater withdrawals. This is not a policy decision we are at liberty to make."
The high court's majority opinion, written by Justice Charlie Wiggins, says all formerly permit-exempt well applications must now be examined for impact on senior water rights and that "the GMA explicitly assigns that task to local governments." The effect is to eliminate the category of permit-exempt wells.
But as Justice Stephens points out, the Legislature's intent in creating the exemption category was to save both the applicant and the state the "trouble and expense of processing applications for small withdrawals with little impact on the total water available."
In commenting on the issue, Warnick said "We face a situation where people in rural areas who don't have the luxury of hooking up to city water now have very few options. We are one Washington, but the realities faced by the communities I represent sometimes don't get the attention they deserve. We are talking about families who will now have to pay tens of thousands of more dollars to get water because the state Supreme Court has taken decades of water law and turned it on its head."
An executive of the Association of Washington Counties described the decision as assuring full employment for hydrologists, since each new well application, if Ecology rules no longer prevail, would need to be assessed individually to determine impact on existing water rights.
Sen. Mike Padden, R-Spokane Valley, noted this decision has kicked off a firestorm around the state" and he referred to it as "a case of the court going beyond interpreting the law to making new law."
Across the state, about 300,000 permit-exempt wells serve 1 million people. Between 2,000 and 8,000 new wells are added each year though drilling a new well does not guarantee legal access to water, according to the Department of Ecology.
Water pulled from these wells represents only about 1 percent of the water consumed in the state.
Tweet
Tags:
Mike Flynn
With 'Patriots Day' as backdrop, event honors Firs...
Shabana Khan's squash events brings global visibil...