If the new face in GOP field wins the primary, governor's race could be interesting 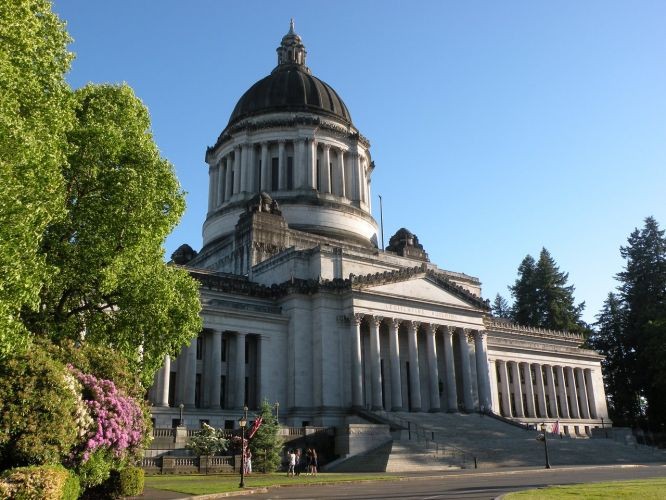 Raul Garcia, Cuban immigrant and osteopathic physician from Yakima, Is an unusual gubernatorial hopeful facing an uphill election battle in the most crowded gubernatorial field in state history. But he has suddenly begun attracting media attention in the closing days of the primary campaign.

And media attention at a time of crescendoing crises of COVID-19, riots and looting in the streets and economic bad news is difficult to attract these days, even to things of broad import like elections.

But what has begun to generate the attention to Garcia, 49, who made up his mind to run and filed at the last minute, is that he has attracted the endorsement and support from virtually every prominent member of the respected cadre of Republican mainstream moderates.

If he should make the final two out of next Tuesday's primary and get to contest Inslee in the general election, he is likely to attract voter interest in ways that won't make Inslee's team comfortable because they will have to undertake the usual political attacks with care.

Garcia is an immigrant who talks of what the ideology of Fidel Castro did to his growing-up years in Cuba. He's a physician who has been on the COVID-19 front lines at his hospital. And attractive to GOP moderates, he laments the lack of middle ground in politics and an unwillingness of elected officials to work together.

In this health-conscious, COVID-19 time, the fact that he's an emergency room doctor in Yakima, which is where he met his wife, Jessica, a former emergency and trauma nurse, while working together in a Yakima emergency department, will have appeal.

Explaining why the GOP mainstream was backing Garcia, Munro said: "He has the philosophy to make things work, on moving the state forward. All the candidates are anti-this or anti-that. Garcia knows the best is ahead not behind us."

"A lot of people are concerned that we are moving farther and farther to the left," added Munro. "He lived it in Cuba and tells us what it is."

Garcia's website makes clear what Sam Reed describes as a "wart" that Garcia was convicted of reckless driving six years ago after a DUI arrest.

But as the campaign moves from next week's primary to two finalists vying over the next three months for a victory in the General Election, more than his opponent's campaign is waiting to become uncomfortable and maybe challenging for Inslee.

Inslee's team isn't yet aware but may have heard rumors, about the issue that will soon explode onto the campaign scene that isn't part of any political effort to unseat him.

Rather the effort is to pin Inslee the agonies and woes of those who have been caught up in the unemployment claims debacle that has occurred in the Employment Security Department (ESD) headed by his appointee, Susan (Suzie) LeVine

As many as 100,000 Washington residents have had delayed or unpaid claims for the unemployment insurance payments and for thousands, the lack of those checks has become a crisis. And if the federal $600 unemployment check ends this month, or shrinks, the crisis will escalate and expand into a crisis that could rival the COVID-19 crisis in terms of impact.

Lynn Brewer, a former Enron executive who has spent years going after big-company CEOs who fail to put their shareholders first, made a formal public disclosure request for all emails between Inslee and ESD LeVine.

The request from Brewer's attorney, Joan Mell, asked for "Any emails with an attached official report or brief related to fraud or delayed unemployment insurance payments sent from ESD to the Governor's Office from March 15, 2020 through June 6, 2020."

After some phone and email contacts, ESD's records department head, Robert Page emailed Mell "the estimated date to complete a response to your public record request is no later than December 31, 2020." In other words, after the election.

When the comic relief of the agency's handling of the request comes to light, and the lawsuits against the department that will soon be filed in quest of those emails lands, with an election campaign getting underway, Inslee won't be a happy soul.

A Seattle Times article On LeVine, as the department's role in the unemployment payments disaster began to unfold, said she has "operated as a potent, behind-the-scenes force in Democratic politics, and over the past several months hosted a parade of 2020 presidential candidates in private, salon-style fundraisers at her Seattle home in her role as a deputy finance chair for the Democratic National Committee."

Not the kind of appointee a Democratic governor who hopes to win a place in a Biden administration decides to fire. And that issue may pose a problem as the gubernatorial campaign unfolds.

Could Inslee actually face a re-election challenge? Not likely if one of the candidates other than Garcia gets the nomination.

I asked Stuart Elway, perhaps the state's most respected pollster, if it was possible Inslee could face a serious re-election challenge.

He referred to his most recent poll that showed Inslee at 45 percent, "all opponents at 33 percent, but 24 percent were undecided, which is interesting because everyone knows who Inslee is and yet 24 percent indicate they don't know how they are going to vote."

"I think Inslee people should be a little concerned about 24 percent who may basically be waiting to see what develops in the campaign," he added.