Memorial Day inevitably provides a reminder for me of the journey that my friend Joe Galloway has been on conducting interviews over the past six years across the country with veterans of the Vietnam War to preserve their memories as part of the 50th Anniversary Vietnam War Commemoration.His interviews have been the soul of the 50th Commemorative that was launched seven years ago this Memorial Day to honor those who fought in Vietnam but were never thanked when they returned to a divided nation. 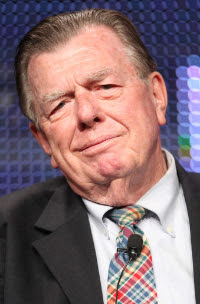 Joe GallowayGalloway, one of the best-known correspondents of that war as a reporter for United Press International, was selected by the Defense Department unit charged with administering the program to do the interviews to preserve for future generations.This column was to be an update of Galloway's interview travels as he gets back on the road, after two spinal surgeries In February, off June 9 for Florida with July in upstate New York, then in August to Louisville to do a week of interviews at 1st Marine Division Association. Reunion.Then I learned of a coming reunion for a different war, the Korean conflict, whose returning veterans were celebrated for their contributions to the nation rather than reviled. The reunion is June 13 in Reno for the approximately two dozen "Chosin Few" remaining survivors from the battle at Chosin Reservoir in North Korea in November of 1950.So I decided to make this column a two-part Memorial Day week offering, part on the correspondent collecting the stories of Vietnam veterans and part on one soldier's story as one of the Chosin Few, survivors of a battle that was the subject of a 2010 movie that was featured on PBS a couple of weeks ago.Michael Kavanaugh's walker sports the decal declaring "Chosin Few" and he talked about it a bit at a Memorial Day event at The Bellettini retirement community in Bellevue where he lives.Kavanaugh, who grew up in Omaha, fell in love with the idea of being a U.S. Marine as an early teenager and became a Marine reservist at 16 and after boot camp was assigned to train recruits in rifle proficiency.But as the Korean War broke out in June of 1950, and United Nations forces marched deep into North Korea, Kavanaugh, then 19, soon found himself and his 1st Marine Division as part of X Corps advancing in a way that had the high command and Gen., Douglas McArthur hoping to end the war by year's end.Kavanaugh was hit in the leg at the front by a piece of shrapnel, a development that likely saved his life. When he got out of the Army MASH unit hospital and visited the army commissary he was asked "Do you want a cold weather cap? How about a jacket? How about cold weather trousers?" His answer to all was "yes."He likes to relate with a chuckle that before he hitched a ride back to the front, he was told he would guard the regional commander that night. The commander turned out to be Chesty Puller, who was to become the most decorated U. S. Marine in history. "He came out every two hours to make sure we weren't asleep."It was Puller, then a colonel but eventually a lieutenant general, who offered what became a timeless quote at the Chosin Reservoir battle. "We've been looking for the enemy for some time now. We've finally found him. We're surrounded. That simplifies things."In a couple of days, after bumming a ride back to the front near the port city of Wonson that allies had occupied in the early months of the war, Kavanaugh would find himself among the 30,000 United Nations Command troops encircled and attacked by 120,000 Chinese troops at the battle of Chosin Reservoir.  It was a brutal 17-day battle in temperatures that plummeted to 35 to 40 degrees below zero. Many of the 17,000 casualties in U.N. forces were wounded or killed or froze to death as they were without proper clothing. That's how Kavanaugh's visit to the commissary for warm clothing paid off.Had that number of U.S. casualties occurred in a Vietnam battle, it would have caused riots in the streets across America. But it was a different era with a war viewed differently by the American public. 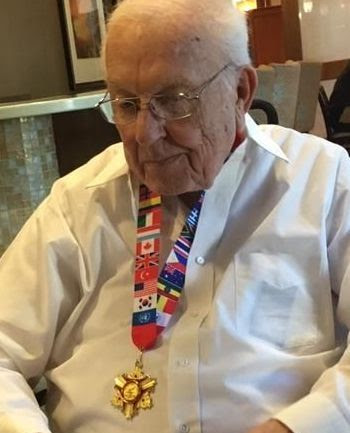 Michael KavanaughKavanaugh left the Marines two years later and began a 33-year-career with the British American Tobacco Co., mostly as a resident of California.He and his wife, Lorayn, have returned to various gatherings of "the few" over the years, including in 1987 when they were among about 130 who were invited by the South Korean government to return to ve recognized Korea to be recognized, although of course there was no visit back to the site of the battle. He and the others, at an event attended by the Marine Corps Commandant as well as South Korean government officials, all received the Korean Marine Corps Service Medal hung from a ribbon carrying a small version of the flag of each country in the U.N. force.Now back to Galloway, a UPI reporter decorated for battlefield heroism at the battle of Ia Drang in November of 1965, spent a week doing interviews in Seattle in the spring of 2015, after I urged him to come to Seattle and found KCPQ TV willing to make its studios available for his interviews. He returned to Seattle for another round of interviews two years later.I've written several columns on Galloway and his role in the 50th Anniversary Commemoration, partly because we were UPI colleagues (he in war zones and I as a political writer and later a Pacific Coast executive for the company). But in a broader sense because of a fascination with his perspectives on the war in articles and speeches, and the import of the battle in the Ia Drang Valley that Galloway and the late Gen. Hal Moore, then a lieutenant colonel in command of the U.S. Army forces in that battle, made famous in their book and a subsequent movie.The battle became the subject of Galloway's and Moore's book, "We Were Soldiers Once...and Young," and the resulting movie, "We Were Soldiers," as well as a second book, "We are Still Soldiers... A Journey Back to the Battlefields of Vietnam" when the two returned to the battlefield years late.In an email exchange this week, Galloway told me: "Earlier this year I interviewed a veteran who had suffered a debilitating crippling stroke two weeks before...but he so wanted to tell his story that he came in a wheelchair. He died two weeks after the interview."In an earlier column, I quoted Galloway about his time on the battlefield, particularly at Ia Drang: "The men I met and the time we spent together fighting for one another was a life-changing experience that transcends the bonds of friendship and brotherhood."During one of our interviews, Galloway said of the Vietnam veterans: "They are not bitter but I am bitter in their behalf. It makes me angry that those who came to hate the war came to hate the warriors who were their sons and daughters."