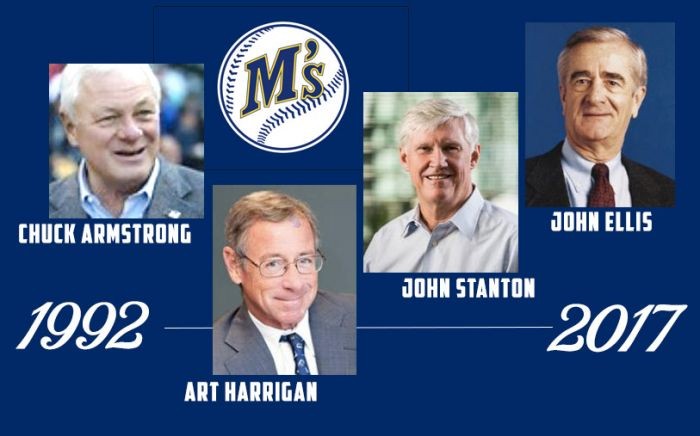 Since it wasn't a court process, which would have gotten large visibility for the battle between attorneys, Harrigan's maneuvering over the meaning of wording in Smulyan's contract regarding an attendance provision and whether it triggered the 120-day clause got little visibility, and is thus little remembered.

Harrigan's argued interpretation of the lease-requirement wording was accepted by the Andersen firm, so Smulyan was required to give the four-month opportunity for a local buyer to be sought.

Of perhaps equal importance, Harrigan successfully argued that there should be a local value lower than the open-market value.
The accounting firm agreed and set a "stay-in-Seattle" valuation at $100 million, rather than the national open-market value of $125 million that it had determined.

That created the opportunity for Gorton and others leading the effort to keep the team in Seattle to find a local buyer for $100 million, rather than $125 million, within four months. And that led to Nintendo.
John Ellis, the widely respected, retiring CEO of Puget Sound Power & Light, was a token partner, along with retiring Boeing CEO Frank Shrontz, to add business respectability to the wealthy but lesser-known Microsoft and McCaw Cellular entrepreneurs group.

Ellis was picked to lead the group's effort to gain baseball's approval, becoming managing general partner, eventually becoming CEO and guiding the team through the rest of the '90s and setting the stage for the team's 2001 MLB record-tying 116 victories.
The 1992 "opening night" that is actually best remembered was the owner-change celebration on July 16, 1992, billed as a second opening night.
Tweet
Tags:
Economic Development Mike Flynn
Gonzaga basketball coach Mark Few puts to rest axi...
An unaccountable Sound Transit has begun to attrac...