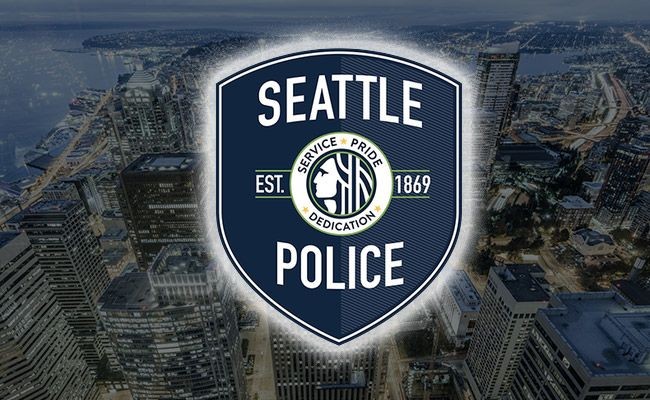 With three key decisions she has faced since becoming Seattle mayor, Jenny Durkan has left some of those affected wondering "What was she thinking?" But in none of those decisions has she raised that chorus from so many groups, some in anger and some from among her own supporters who are dramatically disappointed about the decision not to include interim police chief Carmen Best in the group of finalists for the permanent chief 's job. 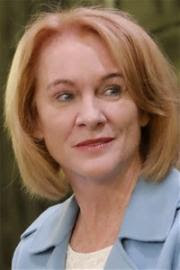 Mayor DurkanAs a fan and friend of Jenny Durkan's late father, a liberal Democrat who was a political power in the legislature whom I got to know while I was a young political writer, I was pleased to see her elected mayor and had high expectations that she would show leadership and guide Seattle back toward normalcy.It was a belief shared by many business leaders in Seattle and beyond who felt that if Durkan wasn't the best mayoral candidate they could hope for, she was for sure far ahead of the other candidates who aspired to succeed disgraced former mayor Ed Murray. And many felt she might actually come to be a throwback to when Seattle's mayors had a more broadly appealing definition of "liberal" than that on display with most of the current City Council members.Then came the three key decisions she has had to make as the city's chief executive.First was her decision to appeal the King County superior court ruling that the City Council had broken state law by enacting a city income tax. She had debunked the then-planned tax at the time she filed last spring as "probably not constitutional," and added it's "not the solution we need now." Then admitting, in dramatic understatement, that it was a "longshot," she filed an appeal to the State Supreme Court in December, leaving many legal minds aware of how the state's highest court follows its own rules to muse "what was she thinking?"Second was the City Council plan to impose a head tax on the city's largest employers. She pushed back on the council's original plan to levy a $500 tax on each employee at those large companies to raise $75 million a year to address the city's homeless crisis and in the end negotiated a compromise that seemed to appease Amazon and others.Now the head tax, which Durkan signed into law, faces the prospect of a November vote on an issue that has caused businesses and elected officials in other cities to jeer at Seattle's willingness to tax jobs. And the fact Amazon is among prominent firms raising money for the ballot test indicates the city's largest employer actually wasn't okay with the head tax idea.But most compelling for Durkan's future is the decision not to include acting chief Carmen Best, an African-American woman, and a native of the Seattle area who came up through the ranks in a 26-year career whose involvements have brought her vocal support from community groups and within the police-force community she guides.Members of the Police Guild, the police union, were "extremely disappointed and angered" by what's happening with Best, according to Guild President Kevin Stuckey.The Seattle Police Foundation, the non-profit entity that helps the police department enhance relationships with the community, improve employee development, and assist in providing the latest in equipment and technology, avoids taking political positions because of its 501c3 status. But it's known that its leadership was surprised there was even a search for a permanent chief launched since there was a broad sense that Best was the chief they wanted.The question "what was she thinking" implies a lack of transparency, not a good image for Durkan to allow to develop. And her decision to intentionally bypass Best totally lacks transparency.Best, a native of Tacoma who grew up locally, whose husband works for Boeing and whose college-graduating daughter is getting married this fall, was one of five finalists forwarded by a review committee but the mayor's own staff trimmed two, including Best, from the list.Durkan will be choosing a new chief from a trio of male hopefuls, including one African-American. And in fairness to the mayor, the selection committee and its chairs, including former King County Executive Ron Sims and a respected interim mayor and former City Council member Tim Burgess said there was a sense among them that the next chief should come from elsewhere.That was a reference to the reforms in the Seattle police department that have taken place the past half dozen years after a federal civil rights investigation led Durkan, then U.S. Attorney for Western Washington, and the Justice Department to guide Seattle to an overhaul of all aspects of the department. The reforms were in the wake of findings of excessive use of force by the department.Durkan launched the search for a new chief earlier this year after Kathleen O'Toole stepped down as chief at the end of last year. Best, an assistant chief, was named interim chief, although she announced she would seek the job of permanent chief.Listening to Durkan seek to explain Best's exclusion keeps the "what was she thinking" sense in the forefront and is likely to echo down the coming months. 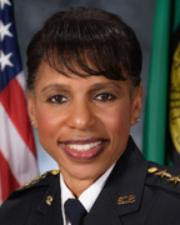 Carmen Best"I completely understand that people are disappointed, for various reasons; that perhaps their candidate didn't make it through," Durkan said at a news conference. "And I love Carmen Best. But I also love the fact that she is a team player and has said to me that her focus is moving forward. I am going to respect that."Best obviously can't respond to whether or not she said that to Durkan. Nor could she explain to those who were on an interview committee that the reason police are sometimes bring criticized for not being responsive enough to calls from citizens is that the city council has removed the tools that allow police to respond.Can you imagine Best giving an honest answer like: "well, the City Council has tied our hands with decisions like eliminating the ordinance against loitering?"So "what was she thinking" in removing from the list of candidates for permanent Seattle police chief the acting chief whose choice would have been supported by community groups, women's groups, minority groups and, maybe most importantly, the police officers who will work under her?That question will haunt Durkan, particularly whenever a police and community issue comes up in the future.The greatest clue to leadership is the ability to respond positively to constituent push back. In this case that could mean figuring a way to reverse course and get Best back on track to being permanent police chief.

Tweet
Tags:
Mike Flynn Government people issues Politics
Words Matter - Lessons learned & shared by a noted...
There are still some things left to be said about ...