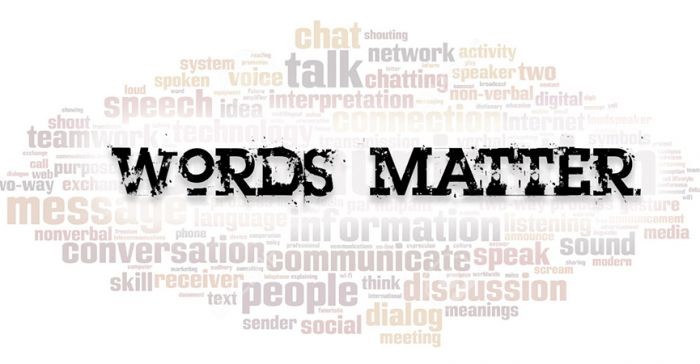 Over his three decades working first with young athletes, then with disabled "Special Olympics" athletes and finally with wounded warriors whom he is helping restore to a focus on living, Bryan Hoddle has come to understand and teach that the words spoken or heard make a difference.  And that has guided him to put together a presentation called "Words Matter," which he delivers to groups around the country, including earlier this month to a gathering of King County sheriff's department employees. 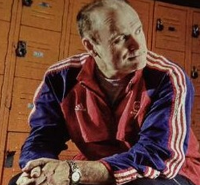 Bryan HoddleThe "words matter" talk by Hoddle, who has come to be known as "the Soldiers' Coach," is based on his experience with athletes and veterans. and thus wasn't designed with this time of social-media tirades and political outbursts in mind.But it struck me that Hoddle's thoughts on the topic of words, and the importance of how they are said, while he emphasizes they were not put together with any possible political application in mind, would be appropriate in any number of settings involving any age group."People just start throwing words out in every situation from politics to sports to even table talk between husbands and wives without stopping to think of the impact those words can have," Hoddle told me.His sheriff's office presentation was arranged by Carol Gillespie, who manages the King County Fingerprint Identification System, for an audience at the Criminal Justice Training Center in Burien that included police officers, sheriff's deputies, command staff, corrections officers and civilian police personnel.Hoddle's comments that might be appropriately shared, particularly in this political time, included referring to the several-second delay that allows those monitoring media broadcasts to cut inappropriate words or comments before being heard by the audience."I wonder how different the world would be if we used the several-seconds rule when we are about to speak to make sure we only use words that encourage, guide and uplift those we are talking with," Hoddle mused for his audience.At another point, Hoddle said: "Careless words are like a stab with a sword while wise words lead to healing. Words can be uplifting or heartbreaking."  Gillespie shared with me her reaction that "I came away inspired to think of the how you should say things to people and about the missed opportunities to say the right thing."Hoddle, a native of Olympia whereas a high school track and field coach he became the state's coach of the year, has won national praise and recognition for his accomplishments as a coach and an advisor to coaches, his work with "special" disabled athletes and aiding seriously injured veterans, particularly those who have lost limbs.Among his many honors, Hoddle was chosen head coach of the 2004 U.S. track and field team in the Athens Paralympics, was a 2013 Runner's World Magazine Hero of the Year in Running and a U.S.A. Track and Field Presidents Award winner.  It was after his return from the 2004 Paralympics that Hoddle got a call from an organization called Disabled Sports USA, asking him to come back to Walter Reed Army Medical Center to do a running clinic for injured soldiers.He made three more trips to Walter Reed then began doing running clinics at Lakeshore Foundation in Birmingham, AL, which serves and advocates for people with disabilities and whose facility is also a training site for the US Olympic & Paralympic teams.Lakeshore asked Hoddle in 2005 to come to one of their sporting camps, to which they invite veterans from all over the country, teaching a lot of them how to walk again and some, although they may have just gotten prosthetic legs, how to run. Lakeshore became a continuing commitment for Hoddle who made his 17th trip there last April.I first met Hoddle a year ago while he was in Bellevue working with area athletes who queue up to spend 30 minutes or so with him each summer to get tips on running, training and life disciplines. After we met and got to know each other, he was kind enough to offer an aging sprinter some tips on avoiding injury and maximizing performance.And I first wrote about him last fall for his focus on wounded veterans at what he considers one of his most important veterans contributions, the annual week-long involvement with a select "team" guiding programs at Eagle Summit Ranch in Colorado for those "suffering from the visible and the invisible wounds of war." He's headed there next week.As I wrote in the earlier Harp, Hoddle is part of a unique team working with the veterans in sessions at Eagle Summit, one of two such ranches founded by Dave Roever, himself a dramatically wounded Vietnam veteran, and his wife, Brenda, through their Roever Foundation, to work with wounded veterans.

In discussing relationship building with the wounded veterans, Hoddle told me "relationships are about letting them know you care about them beyond just running. You've got to win someone's heart before you can win their mind over and help them." Another plea for words that matter.

Hoddle, who will travel to the Roever Texas ranch for additional veteran sessions in October, told me he's often asked about what he's learned from his involvements. His answer: "People don't care how much you know until they know how much you care.  I think that's something we can apply to any profession or relationship." Words matter.
Tweet
Tags:
Mike Flynn Schools people issues
Competitive Courage - Connor Flynn's hometown news...
Mayor Jenny Durkan's police-chief selection proces...