Quest for 20 to honor for COVID creativity and caring strategies

It should have come as no surprise that our quest for nominations for The 20 of 2020 Awards to recognize creative and caring contributions by business people to our communities during COVID-19 would make it clear that prominent givers connect with dozens of equally committed individuals to carry out the giving.

One of those I refer to as creative givers that I reached out to is longtime Bellevue business leader Joan Wallace, who explained to me that what has gone on across her community and the region is "loving and caring people intersecting at the crossroads of need." 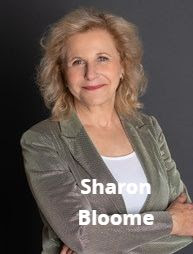 In fact, Wallace sought to dispel what seems to be a growing sense that darkness is settling over the mood of the country that is due to more than the impact of COVID-19.

"What we see on the news leads us to believe that we have devolved into tribalism, segregating ourselves into silos where we acknowledge only those who look and believe as we do. My experience tells another story," Wallace told me in an email.

Two other friends that I connected with to help me plum the depth of the giving now going on were Katrina Eileen Romatowski, whose Katrina Eileen Real Estate is the only Benefit Corp, or social-purpose corporation, in her industry in this state, and longtime activist and philanthropist Sharon Gantz Bloome.

Interestingly, these three won't have known each other until they meet in this Harp, indicating people who carry a heavy load of giving don't sit around visiting about their giving.

In sharing the three interviews, I'll start with Wallace's admonition to set the stage: "I will share some of our adventures with the caveat that you make it clear to your readers that our efforts are just one small cog in a massive set of interlocking gears silently at work across this community.". We are just one example of thousands of families responding to needs as we become aware of them."

So I'll be back with Wallace but first want to introduce the other two interviewees.

Meet my longtime friend, Sharon Bloome, whom I became aware of decades ago after she moved to the Northwest in 1984 and co-founded Heart of America Northwest, which became the leading citizens' watchdog group for the cleanup of Hanford.

As chairman of the Rotary Club of Seattle's Environmental Committee, she co-produced an environmental guide for the business community entitled "Going Green: A Guide to Becoming An Environmentally Friendly Business Without Going Broke." Because of it, she was nominated for a United Nations Global 500 Award.

Because she has Dyslexia, Bloome invested early this year to help create a teacher training program at Heritage University in Toppenish for a master's degree in inclusive education with a focus that includes Dyslexia and is the only program of its kind on the West Coast.

And when the coronavirus hit, and the program had to move online, Bloome says she believed the program "is just too important to go on hiatus even as we turned our attention to the pandemic and I am pleased to have played a part in its continued success." That meant financial support for the students.

Noting her view of the continued support of the degree at Heritage, Bloome said: "we must not completely lose focus on the post-covid-19 world. There are people who suffer across an array of issues great and small that we must continue to fight for."

An ongoing commitment of Bloome's was her personal support for a largely poor and Hispanic catholic parish in South King County, for which she regularly provided parishioners with food, clothing, and furniture.

"Not Catholic, never was and never will be." chuckled the board member of the American Jewish World Service. "That doesn't matter. What matters is humanity and easing suffering in whatever way possible, wherever possible."

Then came COVID, of which she said, "I can't fix Covid. I wish I could. But I can help ease suffering for some families. The most elemental need is for people to eat. And so that's where I went, making it possible for the church to offer grocery gift cards and boxed assorted groceries to distribute to families in need."

Katrina Eileen is actually one of the creators and sponsors of The 20 of 2020 event, which is to be held February 11 at the Columbia Tower Club if live events return by then, or the evident honoring the 20 will be virtual. So she's not eligible to be among the 20, although her actions exemplify what we're looking for in potential honorees. 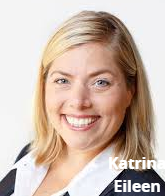 More than a decade ago, Katrina Eileen began a focus on aiding foster youth, culminating with her creation of a non-profit called Level Up, which is a housing and mentoring program for at-risk youth ages 18 to 24 who have aged out of the foster-care system.

In the face of the early struggles and fears people faced, Katrina Eileen decided to create a safe place for people in a Facebook group she called Real Kindness. It was a place people had a chance to share kind acts that they knew were occurring around the community, and she offered $1,000 a week for the posts with the most likes. One winner went on to be an overnight YouTube sensation, "Dad How Do I," a YouTube channel that soon had 400,000 hits.

Long a believer in the United Nations Global Goals, the first two of which are the end poverty in all its forms and to end hunger, she has partnered with a non-profit called Unify in a campaign that she calls Share the Number Love. It's an initiative to encourage people to pick one of the 17 global goals and share them on social media.

Now back to Joan Wallace, whose involvements accelerated by COVID start with Jubilee REACH, a Bellevue non-profit focused on "building a caring community in and around schools to meet the social and emotional needs of students and their families

"Since last March, individual families all across the greater Eastside have been showing up at Jubilee REACH every single week with a couple of bags of groceries that are immediately placed in the hands of waiting, needy people," Wallace said. "There are 26 Eastside churches involved in this effort where every week one family feeds another."

Then there's Congregation for the Homeless, a shelter for homeless men in downtown Bellevue, which had only been open six months a year until the current need made it clear the need for food and shelter would stretch through the winter,

So the Wallace's son, Kevin, former Bellevue City Council member, reached out to the community and raised the equivalent of $2 million in labor and supplies to get the building up to code in time to get open for the winter.

Meanwhile, Joan and Bob picked up when the previous process of volunteers preparing meals was ended by the virus and had to be replaced, but not totally, by area churches and groups providing food. Joan had to find Maggiano's Restaurant and Costco to fill food need for two nights a week, supported by $5,000 from her and Bob.

The Wallace outreach wasn't limited to the Eastside since a minister friend from an African-American church in the Rainier Valley told her of a low-income apartment building that he had built as one of the church's community enterprises that housed a mostly Muslim community.

Her conversations with the minister "revealed a need for baby diapers, wipes, and toilet tissue. I put out an email request to my neighbors as our daughter, Kim, did in hers. In one week, our collective neighbors donated enough to fill three large SUVs, so our entire family caravaned to the Rainier Valley to deliver the goods."

So as Wallace summed up of her family's involvements: "We are just one example of thousands of families responding to needs as we become aware of them."

It's those examples of creative giving that we are looking for by the deadline of December 1.

Marketingnnw.com, for three decades, the print bible of the Northwest marketing community and the digital format that replaced it on January 1, 2018, will produce a print supplement and online version with stories on the event and each of those selected.

The goal for this event, best summed up by a friend helping me assist in putting a similar focus on a San Diego event, is to seek out "those who combined success and sacrifice in a model that will become the new order. And in doing so, we begin to set a new standard for business people."