As Congress begins to finally consider action against the nation’s tech giants to control tactics being increasingly viewed as monopolistic and anti-competitive, those deliberations will prompt suggestions of breakup and that may prompt some to recall the mother of all breakups. That was the antitrust lawsuit against AT&T and the Jan. 1, 1984, divestiture of the telecom giant that was then the world’s largest corporation. 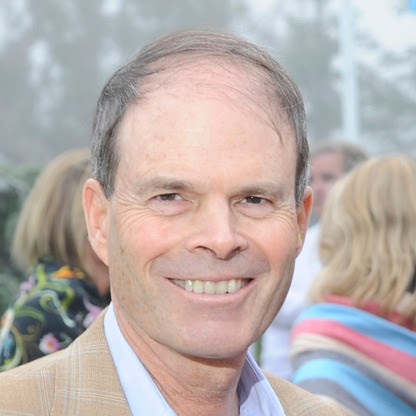 It may be instructive to remember what followed after AT&T was forced under a court order to give up its 22 local Bell companies, establishing seven Regional Bell Operating Companies (RBOCs) that became the key contacts with telephone customers.

The real sources of innovation that followed that end of monopoly communications came from new technologies, new firms, new platforms, and new business models from outside and inside the telecom world.

It’s likely a good bet that breaking the tech giants into pieces, particularly Google and Facebook, would allow innovators to emerge from among the pieces to create new products and new technologies, precisely what followed AT&T’s breakup.

Meanwhile, back then, cable TV was a flourishing young industry, full of small-town entrepreneurs and a few visionaries who were just beginning to think about scaling the business. Among those were the four McCaw brothers, sons of J. Elroy McCaw, a major figure in the broadcast industry who owned radio stations nationally and Ch. 13 television locally.

In 1966 Elroy McCaw sold his cable system in Centralia to his sons, including 16-year-old Craig. When the senior McCaw died of a stroke three years later, dozens of claims and lawsuits from creditors consumed the fortune he had amassed and the McCaw estate filed bankruptcy. That left his sons with only the small cable system but over the next few years, they turned it from a company with 2,000 subscribers to one with $5 million in annual income.

There are multiple ironies in the tale of the McCaw brothers and AT&T links to their company, whose success helped make the Puget Sound region the global mecca for a new cellular communications industry, to AT&T.

The first came when Craig ran across an AT&T memo in which the company predicted the number of U.S. cellular users would be 900,000 by 1995. Thus, in what one writer called “the worst guess about future values since the Red Sox traded pitcher Babe Ruth to the New York Yankees,” AT&T buried the cellular program.

That set Craig on a quest for licenses for the cellular spectrum and within two years McCaw Cellular had purchased licenses in six of the nation’s 30 largest markets.

Using those as collateral and taking out loans to buy more licenses, he eventually wound up with billions of dollars of spectrum, outpacing the growth of the “Baby Bells” in the emerging markets.  After purchasing MCI Communications’ mobile businesses in 1986 and LIN Broadcasting three years later, McCaw Communications partnered with AT&T as a technology provider and introduced their Cellular One service in 1990 to create the first truly national cellular system and a brand that attracted numerous other cellular companies.

That led to the final irony when, in 1994, the McCaw brothers sold McCaw Cellular to AT&T for $11.6 billion, making Craig McCaw one of AT&T’s largest shareholders. The company was soon renamed AT&T Wireless.

In its earliest days, McCaw Cellular attracted some of the brightest young minds in the region and they put their own stamps on the industry, further cementing the Puget Sound region as a wireless mecca. 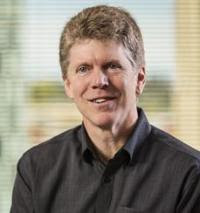 Mikal ThomsenFirst was John Stanton who, at 28, was the company’s first employee and quickly became COO and vice-chairman. He was soon followed by 27-year-old Mikal Thomsen and by the late ‘80s, with Craig McCaw’s blessing, the two, along with Stanton’s wife, Terry Gillespie, McCaw Cellular’s senior vice president and controller, began acquiring rural wireless properties.

As the three thus began a business and personal friendship that has extended across the decades, including ownership of minor league baseball teams, to their current investment firm Trilogy Partners and its global arm, Trilogy International, their several rural-focused startups soon merged to form Western Wireless Corp., which went public in 1996.

The T-Mobile Park, home of the Seattle Mariners of which Stanton is the majority owner and chairman, is a continuing testimony to the success of a group of young innovators who found an opportunity in the breakup of the world’s largest company.

So to those who would mouth dire predictions should Congress begin considering what should become of the nation’s tech giants, the counter should be “remember AT&T.”
Tweet
Tags:
Economic Development Mike Flynn business corporations people
Candy Bomber takes to the skies once more in South...
New Alaska Air CEO Ben Minicucci eyes the future w...