As the Tokyo Olympics wound to a close, the intriguing news came that Seattle is a finalist to land the 2025 Invictus Games, an Olympic-style international event for physically and emotionally wounded veterans.

The games were created in 2014 by Britain’s Prince Harry, who explained that he wanted to celebrate the healing power of sports for wounded, injured, or ill veterans and to foster goodwill for their service to their country. 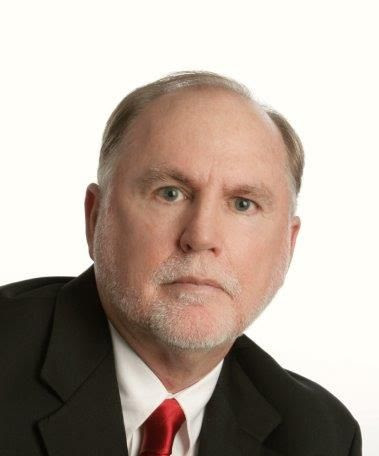 Peter WhalenSo welcome to the parallel cause of Peter Whalen, Issaquah resident and founder a decade ago of the coincidentally same-named Invictus Foundation through which he has created eight Welcome Home Centers around the country for returning veterans. Whalen was a hospital administrator and health-care executive before turning to his wounded-veterans cause.

It was an April call from Sir Charles Allen, the British media and hospitality figure who chairs the Invictus Games Foundation, asking that Seattle submit a bid to host the games that launched Whalen on a quest to land the international event for Seattle.

So Whalen, a Vietnam veteran, with the aid of Beth Knox, CEO of the Seattle Sports Commission and the help of an impressive board, submitted a bid and learned this month that Seattle is a finalist, along with New York, for the 2025 games.

Those games, for which the host city will be selected early next year, will follow the ’22 games in The Hague and the ’23 games in Dusseldorf before returning to the two-year cycle in place before COVID.

Whalen notes that while those returning from war in the Middle East aren’t greeted with the public recrimination and hostility that he and Vietnam returnees found, his concern is “the American people get battle fatigue.”

In the cases of both Whalen and the Prince, officially known as His Royal Highness the Duke of Sussex, the word “invictus” that attracted them for their foundations means “unconquered” in Latin.

Whalen explained he trademarked “Invictus Foundation” in 2010 and the Prince created his Invictus Games Foundation in 2014 after a visit to the 2013 Warrior Games, a sports competition put on each year in some U.S, city by the Department of Defense.

“So what would I do, sue the Prince,” Whalen chuckled. “Our goals are in line, and hopefully we will be working together toward 2025.”

That campaign to win the host city role has caused Whalen to put on hold his goal of building a national network of centers focused on traumatic brain injury and the psychological health of veterans. The first of those is to be in this state at the Soldiers Home in Orting.


That hold will be until after the outcome of the effort to win the host-city role for the games and then likely for the $18 million or so campaign to put on the event. Whalen said that would likely be during Seafair week, early August 2025, mostly on the University of Washington campus.
Whalen has an impressive board to bring to the task of landing and putting on the games. 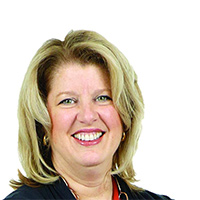 Beth Knox Beth Knox, CEO of the Seattle Sports Commission; Eric Coming, CEO of Seattle Seafair, and Ken Fisher, CEO of Fisher House in New York mall have experience with putting on events the size of the games, which are expected to draw 500 athletes and hundreds of their supporters.

The fact this region is home to a number of military establishments across the four counties, including the world's second-largest military base, Joint Base Lewis McChord, bolsters the enthusiasm of Whalen, Knox, and their team for strong fan support.

And Bryan Hoddle, a nationally prominent track and field coach whose third focus in his long career has been on teaching veterans who’ve lost limbs to run again, brings a dramatic understanding of veterans and their needs.

The wartime experiences of Whalen in Vietnam and Harry in a tour in Afghanistan brought both to understand the need to help heal the wounded warriors physically, psychologically, and socially. And both expressed the belief in the power of sports to assist that effort “to shine a light on the unconquerable character of servicemen and women.”

It’s not merely the games but the focus on training and preparation for them that is a key part of the healing process.

For Whalen, it’s been a personal motivation as he has watched “the escalation of suicides among veterans,” adding “what most people don’t understand is the moral injury of war. The data says the telling effect lasts for 30 years and now it’s escalating with an increase in suicides along with despair and hopelessness.”

“I came home from Vietnam, not welcomed by those who hated the war,” Whalen recalled. “Then my brother-in-law came home in a casket.”

For Knox, helping to Gain Seattle the role of games host and involvement in planning for them would represent an important step in her advancement of the Sports Commission. which she transitioned out of the non-profit Visit Seattle and into an independent body just before COVID hit.

In addition to working with Whelan to win and present the Invictus Games, she has earned Seattle a spot on the list of 17 cities from which 10 will be selected to host FIFA World Cup events, about 60 matches in total in 2026.

Since the Harry (the Duke) has made it a routine to open the Invictus Games, it’s presumed he’d do the Seattle Games and if, as assumed, he’d bring the Duchess of Sussex with him, the event would be not just a unique sports event, but a social one as well.
Tweet
Tags:
Mike Flynn
Recollections of war correspondent Joe Galloway, d...
Purging ancient emails: Stirs memories and brings ...