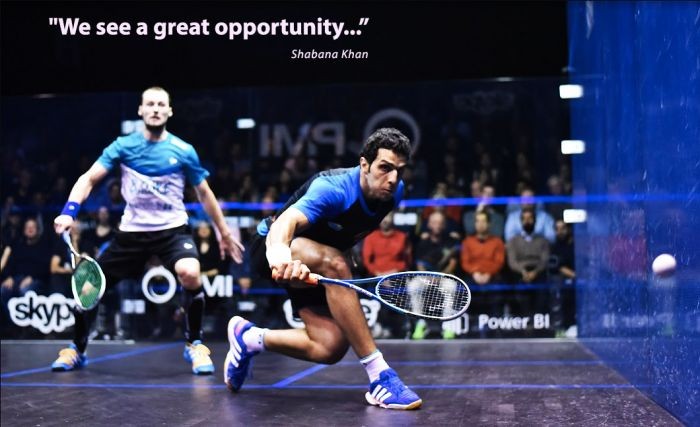 Shabana Khan weathered opposition from the U.S. squash establishment when she put on the Men's World Squash Championship for the first time in this country in 2015 in Bellevue. So she knows she will face a perhaps even stronger pushback when she launches West Coast Squash, designed to bring a stronger and more convenient focus on youth squash in the West.Khan, one-time national women's squash champion and a distant cousin of the most respected squash family in the world, plans to launch her new series of western youth squash tournaments next month. 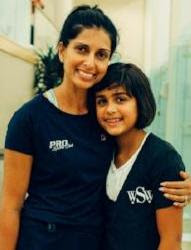 Shabana Khan and YasmineKhan's YSK Events, her company that put on the Men's World Squash event and followed that with creation of a Bellevue stop on the national professional squash tour that is similar to the pro golf tour and an event to showcase the nation's top high school squash players, is becoming a 501c3 to oversee West Coast Squash.In fact, YSK Events is hosting a US Squash Gold tournament May 18-21 and will have the West Coast College Squash showcase for top student talent that will run concurrently with the pro event.And she has also made her events an opportunity to showcase the Boys and Girls Club in Bellevue's Hidden Valley. But the reality that community and sponsor support has been lacking for Khan, despite the participant enthusiasm and parental involvement, may mean she can't afford to continue either the proof high school showcase events.That will leave her to focus on the development of West Coast Squash for which she has had interest from teams in Washington, Oregon, California, Nevada, Arizona, Texas, Colorado, Utah and Vancouver, B.C. in hosting tournaments. "We see a great opportunity to vastly increase participation numbers across all of these states by creating a program focused on providing a platform that allows them to thrive in Squash and school while not spending a ton of money on travel," Khan said.Khan says West Coast Squash (WCS) is a competitive Junior Squash series that stresses education, sportsmanship, and competitiveness while offering a tournament structure that provides a limited amount of time away from school and multiple paths towards gaining a WCS ranking. "WCS will provide a platform for youth to achieve success in competitive Squash with a path to playing for Squash teams at top colleges around the country," she said."Because it is much easier to accrue points and enter large tournaments being located on the East Coast, where most of the tournaments are held, it puts kids who live in the East at a huge advantage to gain points, spend less on travel, and not miss as many school days," she added. "On the other hand, a family located on the West Coast is at a large disadvantage due cost of travel and school missed. We believe it is counterproductive for children to tell them that they must do well in school and a sport that requires them to miss multiple school days to play in a high-level tournament," said Khan. Squash, which is a racket sport similar to racketball, played by two or four players in a four-walled court (glass walls for most international events that are broadcast globally) using a small, hollow rubber ball. Squash for decades was a sport played mostly in New England, New York City and a handful of cities in the West with Seattle in the forefront of those. Squash players and fans represented a highly targeted and sought after demographic of men and women with median incomes of more than $300,000 and an average net worth of nearly $1,500,000.  But in recent years the U.S. has been one of the three countries in the world where squash has been growing fastest in popularity. And that growth in interest has coincided with a decline in racketball, thus leaving the courts available for squash more numerous at YMCAs and sports clubs.Khan has bitten off a challenge with West Coast Squash and will need some substantial help in meeting her financial goal."The target would be $100,000 to get us going but $500,000 is our ultimate goal to achieve our staffing and to have more clinics and offer scholarships to kids who will need assistance for travel and entry fees for a couple of years," she said.But she has some innovative ideas, like "naming rights," naming tournaments after families for sponsorship fees, and using technology that would, for example, allow students to use an app to locate tournaments they might like to enter,Her track record includes not just the men's world event in 2015 and the Bellevue pro and student events but the first-ever-in-the-US Women's World Championship that she and her father, Yusuf, put on in Seattle in 1999.    Her father was nine-time squash champion in India before coming to this country to be head pro at the Seattle Tennis Club, soon thereafter establishing the Seattle Athletic Club and building it into one of the key squash locations in the West.In fact, YSK Events, which she founded in 2015 to focus on squash events, is a family affair in several ways. She serves as chairman while sister Latasha, who was women's national champion when Shabana defeated her to take the crown, sits on the board.It's also a family affair in that the "Y" in YSK stands for both her 11-year-old daughter, Yasmine, who was 14th in the country in her age group last year and her father, Yusuf. The "S" and the "K" are her initials.  A search of the internet for squash and Khan turns up the fact that the list of champions over the decades is replete with those named Khan.One entry notes: "The great Khans are the kings of squash with all of its greatest champions not only from one nation but from one single family in the nation--the Khans of Pakistan."That is where all this crazy stuff comes from for me," Shabana chuckled. "I am not scared of this effort I'm undertaking--well, maybe a little bit--but the family that I come from can't back down very easily."