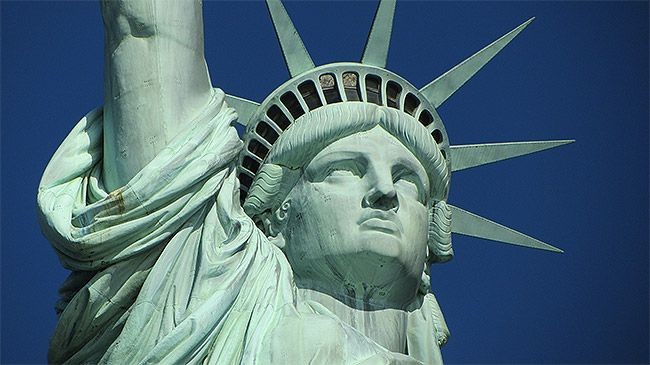 As we celebrate the nation's birthday, honoring the date in 1776 when the Declaration of Independence was signed, it seems like the appropriate time to celebrate the American dream framed by that declaration, as well as give thought to who gets to dream it.Two things made me think of that. The first was a feature today on Geekwire, the Seattle-based technology news site, focusing on the American Dream that guided immigrant entrepreneurs and tech leaders to this country and success. The second was a poem written by an immigrant fifth grader in San Diego about a conversation between "The Wall and Lady Liberty."The Geekwire interviews had the tech execs explaining why they chose the U.S. as a place to build their lives, families, and dreams and thus were able to fulfill their American dream and became highly successful. It's worth going to the Geekwire site to take a look. 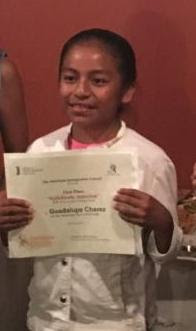 Guadalupe ChavezI had a chance to read the poem by Guadalupe Chavez after a prominent immigration-attorney friend of mine in San Diego who is a judge in an essay event for immigrant fifth graders from around the nation told me about the contest and the San Diego youngster who took second in the nation.Kimberley Robidoux, a San Diego partner in the Washington, D.C.-based law firm, Maggio-Kattar, is a member of the American Immigration Lawyers Association's San Diego Chapter and a judge in the Celebrate America Creative Writing Contest. The contest challenges fifth graders across the country to reflect on and write about the theme "Why I Am Glad America Is a Nation of Immigrants.""We use an honor system that the parents did not write the essays or participate," Robidoux told me. "But also most of the 5th-grade teachers have the students write the entries at school so we are very confident that a parent did not write the entry."So here is Guadalupe's Essay:
"Lady Liberty: Come in! Come in! Welcome to the United States of America! Pleasure to meet you! The Wall: Wait... No! No! Stop! Leave! You're trespassing! Lady Liberty: What's wrong with you? Why are you so close-minded? We've always welcomed people here. People have traveled from all sorts of places like China, Mexico, Philippines, Japan, Canada, Australia, and so many more. The Wall: No. No. No! I'll block their path. They're different, maybe dangerous. They shouldn't come in, they are not welcome. Lady Liberty: What's wrong with you? Many of the people that live here in America are immigrants. So if we push them away, that will mean fewer workers, less money earned, no variety of food, and no more diversity. Basically, there would barely be anything for the citizens. The Wall: No, no, we don't need them. We have our American citizens. We get nothing from them. Lady Liberty: Unless you are a Native American... Wait, no, not even them! Even they migrated here from Asia through the land bridge that existed in the Bering Strait. Every person that lives here nowadays has ancestors who brought something to America. The Wall: Yeah, right! They only bring problems. Lady Liberty: That's not true! They bring so many different things we enjoy day-to-day. Just think. Look around you. What do you eat? The Wall: Well, my favorite food is tacos with spicy sauce and soft tortillas.Lady Liberty: Guess what? That's not from America! What do you do in your free time? The Wall: I text, and use Twitter most of the time.Lady Liberty: Well, guess what? The iPhone you are texting with was invented by Steve Jobs whose father was a Syrian immigrant. What's your favorite song? The Wall: Oh I love Bob Marley songs! (begins singing) "One love, let's get together and feel alright." Lady Liberty: Yeah, definitely Bob Marley, who came from Jamaica, getting us all together and making us feel alright. Well, singer-songwriter Bob Marley grew up in Jamaica. I'm surprised that even when you're just sitting there without moving you don't notice the beauty that immigrants bring to the country. Just look around! The Wall: I only see fields and factories from here. Lady Liberty: Well, most of these fields that grow beautiful crops of oranges and avocados are worked by people from Mexico.The Wall: I guess you have a point. I'll try to be more open to new ideas. I guess you are right, we've always been a country of immigrants and whether I like it or not, they've had a huge impact on the country we are today. Lady Liberty: Thank goodness, you were making me so angry I was turning green."I asked Kimberley to keep an eye on the young fifth grader to watch what comes of Guadalupe Chavez.