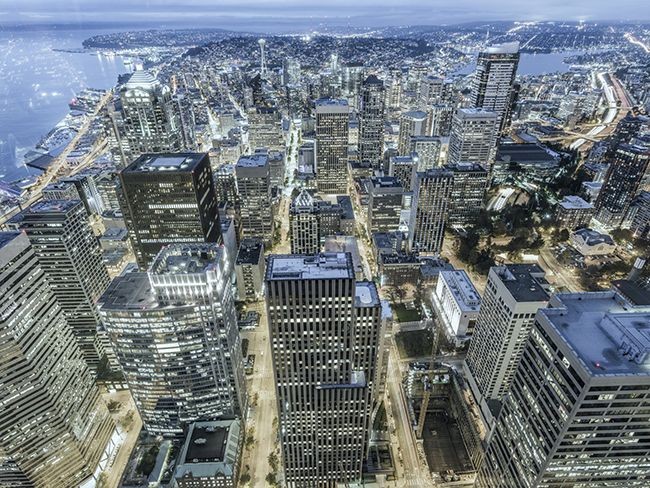 As reactions to the head tax the Seattle City Council imposed on the city's largest businesses reverberate across the community, there are some realities that both supporters and opponents of the tax either missed or avoided but that may still be considered, particularly with a likely public vote in November looming.Despite the extensive media and community groups' comments and response to the tax, which is aimed at raising almost $240 million over five years toward dealing with the cost of housing and services for the city's homeless, there were some issues and ideas possibly overlooked amid the heated exchanges between the two sides.So as friends and associates and readers of the Harp pressed, mostly good-naturedly, with "don't you have any thoughts to share on this issue?" I decided I did.  One was the ongoing realization during the back-and-forth rhetoric and eventual compromise negotiated by Mayor Jenny Durkan that brought the per-employee tax down to a little over half the $500 per head the City Council wanted to impose, there was no mention of the city income tax now awaiting Supreme Court decision.So Durkan, who in laughable understatement, said it was "a longshot" as she announced last December that she was going ahead with the appeal of Superior Court Judge John Rule's decision that the tax was illegal, committed the city to pay attorney fees when we now know there are more pressing needs for that money.Under the tax passed by the City Council last year then ruled illegal by Judge Rule. Seattle residents would pay a 2 percent tax on annual income above $250,000, while married residents who file their taxes jointly would pay it on income above $500,000.I expected as I listened to the debate, that some business leaders might suggest "we'll accept the head tax if you agree not to pursue the income tax idea." Obviously, many of those business leaders would pay in the tens of thousands of dollars if the income tax were actually imposed. That is if they didn't decide to move from Seattle.  And as remote as the city's chances of a favorable Supreme Court ruling are in this case, the fact is that at some point a Democratic governor and a legislature that has a sufficient Democrat majority is likely to enact a state income tax. That would likely remove the current legal prohibition against a city imposing an income tax.  Negotiating an agreement in which the city would agree never to impose both an income tax and a head tax might be a protection against an even more business-challenging future.But at this point, it's pretty obvious that business and other opponents of the head tax intend to put an initiative on the November ballot to have the electorate decide on the head tax.  Dozens of businesses, including Amazon, Vulcan, and Starbucks, have already pledged more than $350,000 to a No Tax On Jobs campaign. Intriguingly, those putting up money include prominent Bellevue business leader Robert Wallace, although he has always played a leadership role in the Seattle business community as well.Meanwhile, Pierce County elected officials have stepped up to announce a sort of reverse head tax. The group, representing a number of cities in the county, said the will be devising a plan to give businesses a $275 tax credit for each family wage job created in the county.Since the City Council and others are making it clear that the city's ability to find the money to cope with the homeless crisis is a growing challenge, that realization should be accompanied by a commitment not to waste money on other things.What immediately comes to mind in that money-wasting category is the $250,000-plus the city is paying in legal fees to defend City Council member Kshama Sawant in lawsuits resulting from her intemperate and insulting comments towards those she happens to disagree with.It's "only" a quarter million dollars. But statistics on costs of providing homeless services would suggest that those attorney fees for Sawant would provide for maybe 25 or 30 homeless peoples' needs, including housing.How about another initiative that would prohibit the city, which already pays for its own legal department, from hiring outside attorneys when a member of the City Council is sued, particularly when it's within the council members' power to avoid a suit by merely being careful about what comes out of their mouths?  And when the city wastes millions of dollars on bike-lane overruns and transportation-cost foul-ups, the reaction to the City Council needs to become: "Your ineptitude just left dozens (hundreds) of people on the streets for another year."When I called a friend of mine this week, he told me as he answered his cell phone that he had been listening to a CD on American history that at that moment was discussing the Stamp Act, which was the final straw for Colonists in their increasingly contentious relations with the King and Great Britain. It led to the revolution."Wouldn't it be interesting if the head tax somehow became the today equivalent of the Stamp Act tax in stirring some game-changing response to the city as the equivalent of "the king," he chuckled.