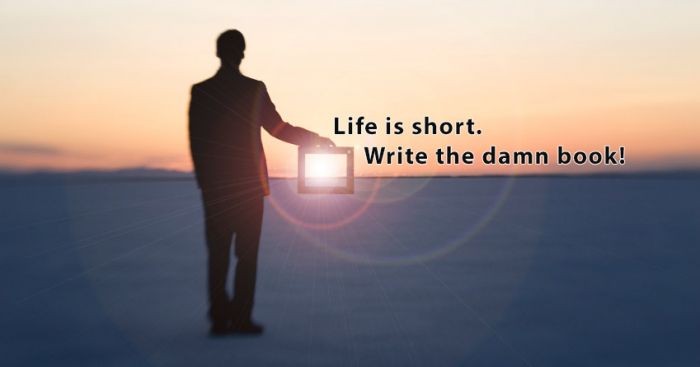 It's been satisfying to watch two close friends be among those seizing the opportunity that the era of self-publishing has offered entrepreneurs to seek the financial reward or personal satisfaction of writing a book about their business.
The first is Teri Citterman, who worked for me a decade ago and whose book, From the CEO's Perspective: Leadership in Their Own Words, was published almost three years ago as the collection of interviews with 20 CEOs, all from different industries, each among the most recognized in his or her field.

The other is Al Davis, a friend and former longtime client, who is a founder of Revitalization Partners, a Seattle-based business management and advisory firm whose business footprint has spread across the West Coast.

His book, written with partner Bill Lawrence, is
Insights to Grow, Build or Save Your Business!: Highly Successful Business Advisory Consultants Share Their Uncommon Advice For Common Business Situations. It is a selection from the columns they've written over the past three years.
As a retired publisher and the writer of a weekly email column for the past nine years, I've found a growing number of friends wanting to explore the possibilities of column or book. And in some cases I've encouraged them or offered to provide some guidance.

In fact, I've come to believe, and espouse, that business people with experiences from which others could benefit ought to seriously consider doing a regular column, as email or web blog, either to just share insights or as the first step toward a book.

I had a forgettable bit part in the production of Citterman's book. She asked me if I would introduce her to two of the CEOs she wished to meet to interview and I declined, not being aware at the time of the positive impact she would have on the CEOs she interviewed or the quality of the pieces that she would produce for the book.

As it turned out, she reached out to the two CEOs on her own and both have become her friends and admirers of her work and her interview ability, along with the 18 others she interviewed to create her book.

When she had a debut party for the book, she asked me to say a few words on her behalf and I joked to those on hand that one of the reasons she was successful with the book was that she had paid no attention to me.

In Davis' case, it was a series of conversations in which I urged him to do a column and advised him how to go about it that resulted in a bi-weekly column over the past three years, then the book, which is a collection of the columns grouped by subject.

I learned of Davis' book in amusing fashion, being summoned to the Fairmont Hotel table where mutual friend Mike Kunath gathers friends and associates most afternoons to discuss an array of topics and where Davis was waiting to hand me his newly published book. He told me to open the cover and read what was printed on the facing page, which was a thank you to several people, and to me for convincing him he could write a column!

She says she then came across research that said nearly 60 percent of U. S .companies face a leadership talent shortage.

"So, I got curious and started asking my clients and other CEOs more questions ,which lead to an amazing amount of wisdom and insight, that I wanted to share with others," she explained. "Thus the book."

When I asked her what role the book plays in her business, she said: "The book is the air I breathe. It is the platform for my entire business."

Citterman has proven to be a successful entrepreneur as well as writer, since in addition to coaching CEOs and their executive teams, she has created what she calls a "forum series called 'From the CEO's Perspective.' Every quarter I moderate a conversation with three CEOs discussing whatever leadership topic I think is most pressing," she explained.

And Citterman, who was selected last year to be a member of the prestigious Forbes Coaches Council, is creating this fall "an exclusive, invite-only Leadership Lab to help newer executives elevate their thinking from the CEO's perspective."

When I asked Davis about the blog that led to the book, he said: "it was started as a business development tool. But as we found more things to write about, it became a way to use the wide experience that we had in business and finance to give something back to the business community, especially owners and managers of small and mid-sized companies."

"One of our biggest issues with our clients and potential clients is that they often wait until it's too late or almost too late before they talk with someone," Davis explained. "We hope that this book will demonstrate that they are not alone in their problem and there is someone to talk with about the seriousness of the problem."

The meeting with Davis and Kunath, who does his own occasional blog on personal experiences and perspectives (and who gets credit for first introducing me to Citterman 15 years ago or so), wound up with : "Now it's your turn to write a book."

So with some 470 Harps to choose from, I've decided to explore the possibility of collecting some in a book. Although the Harps were never meant to be anything other than an outlet to share information on interesting people, companies and issues, it has developed a business aspect as I get increasing number of outreaches from people who would like to explore doing their own email column or blog and want guidance on how to go about it.

And should a book of Harps emerge, I doubt anyone would be more pleased than a Spokane friend, Kate Spencer, a media person with the Spokane Club. A decade ago when I was evaluating the idea of creating a column and discussed it with her, she said: "You should call it Flynn's Harp, since the Harp is such a beautiful Irish instrument and if you wish to rag -or Harp-- on someone or something, it will be appropriate. So the name was instantly set that day.

And since Spencer has now written a book herself about life experiences, she frequently has followed our conversations about what might come from the growing number of columns with a firm: "Write the damn book!"
Tweet
Tags:
Mike Flynn people Kate Spencer Al Davis Teri Citterman
Ivar's support in Seattle Port decision - suggests...
Event marks 150th anniversary of Confederate emigr...