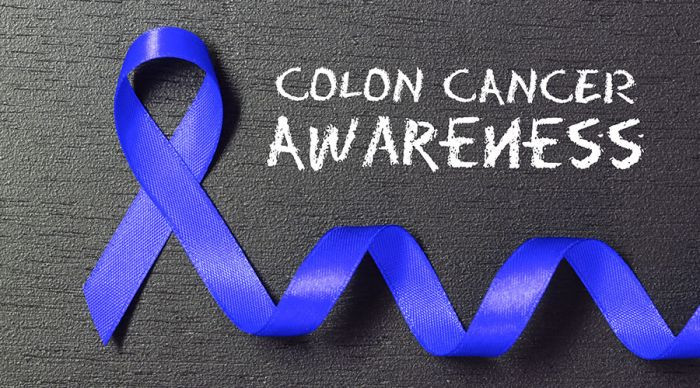 (Editors note: It was a decade ago this month that successful colon-cancer surgery and the recovery process gave me a different outlook on life and the thoughts I had led to the following column, written in May of 2012, which I was reminded of as my mind replayed the details that are included herein 10 years on. I was particularly reminded of my successful bout with colon cancer as I saw WSU president Elson Floyd courageously fight his losing battle in 2015 while successfully waging a second battle to get the legislature to approve a medical school for WSU, the one that now bears his name. Remember the time references in the column all relate to a decade ago. )
------
It was my new mantra of "do today what yesterday you might have put off until tomorrow" that guided my decision to compete in the 2011 Huntsman World Senior Games, just over four months after colon-cancer surgery.

The goal wasn't merely to prove that a 71-year-old guy can come back from major surgery and resume normal activity, even if the activity seems like a stretch to the sedentary of any age. It was also to acknowledge successful recovery from cancer while various friends are battling the Big-C, or have lost their battles.

There's a prescribed two-month "no strenuous exercise" recovery period following that kind of major surgery and it was while enduring that inaction that running in the Games 10 weeks after I could get back to heavy exercise the last week of July had become the most important thing I could imagine.

Just before the exercise-restraint period ended, I visited with my primary care physician at the Polyclinic, Patrizia Showell, whose insistence that I find out why I had iron deficiency anemia and her finger in my chest saying in a raised voice, in the face of my seeming lack of concern, “You are going to find out why!” guided me to the colonoscopy that set the stage for the pronouncement: “You have cancer.”

Interestingly, Showell was on hand as the three surgeons explained the finding and the process to follow. I later asked her “why were you there.” I wanted to see how you would react,” she replied. “Some people get really angry and others get very emotional and I wanted to know in case you needed some support later.” I was neither, merely listening with interest about the finding and the process ahead.

I was visiting with Showell to let the doc I frequently thereafter told “you saved my life,” that I was headed for the World Senior Games, thanks to her.

Putting on my workout shoes for the first time in two months brought an adrenalin rush but I knew I was going to have to be uncharacteristically cautious with my leg muscles, particularly the hamstrings that had always caused me trouble. The worst thing I could imagine at that point was that I would press too hard and pull or strain a hamstring and that would be the end of the goal.

The 2011 Huntsman World Senior Games had an added special appeal to me because it was the 25th anniversary of the two-week event created by Jon Huntsman Sr., in 1986. What could make the competitive comeback more special than it being for a special milestone for the games themselves? And an added special part of the memories is that I placed third in the 100 in my age group in those 25th-anniversary games.

Huntsman’s vision was that an event called the World Senior Games, even if held in a remote corner of Southwest Utah, would eventually draw thousands of what others might dismiss as "the elderly" for the chance to play and compete with their peers in an event with “world” in the name.

So it is that 25 years after their founding, the 2011 games attracted about 6,000 seniors who, over the two-week period, competed in everything from track and field to badminton, pickleball, lawn bowling, volleyball, square dancing, and even bridge. Some of the competitors were in their 90s.

I've been drawn to the games because of the "world" name since I first heard of them in 2003 and made up my mind to compete in the 100 and 200 meters in my age group once I learned that you didn't have to be a "world-class" athlete. That means some competitors really were world-class while others like me, who weren't, could still compete, and that's always been the magic draw.

Huntsman, 73, founded and was longtime CEO of what became the publicly traded (as of 2005) $9 billion world's largest chemicals company with 12,000 employees. He and his wife, Karen, still open each year's Senior Games, where the participants now number in the thousands each October.

He set out to establish a world-class cancer research and treatment center, a dream he's pleased to say is now realized with the Huntsman Cancer Institute and Hospital in Salt Lake City.

The Huntsman family continues to serve as principal benefactors and fundraisers for the Huntsman Cancer Institute with what he describes as "the ultimate goal" of eradicating the most challenging forms of cancer.

And it's on that final note about the Huntsmans' commitment to community and overcoming as great a challenge as cancer that I sense a common thread in their commitments and the commitments of those who travel to St. George each year to participate and compete.

The producer of a recent movie on the senior games said: "What drew us to the senior games was the positivity. These people have an unparalleled zeal for life. When you're 90 and 100 years old and have endured life's challenges and still have such a positive attitude, it's beyond impressive. We felt it was worth a film."

In a sense, the producer summed up in his way what's become my view: Life is a race to be appreciated for the joy of participation and whether world-class -- or a bit slower --making it to the finish line ahead of cancer, or any other physical or mental obstacle, is really the sweetest race to win.

So in recent days, a year-later clean bill of health on last year's cancer sets the stage for my few-days-hence prostate cancer surgery, as Jon Huntsman Sr. underwent those years ago. Then I can begin to tick off the "no strenuous exercise" weeks, which my surgeon tells me will be a shorter wait this time, before I can begin getting back into condition for the 2012 games.
------
(Post Note: Huntsman died in 2018 at the age of 80. I appreciated getting to meet him a couple of times at the Games, which I have competed in most years since 2011, taking second once but never winning, although being there is winning. Huntsman's philanthropy deserves to be remembered, particularly his telling comment about certain attitudes of the wealthy: “The people I particularly dislike are those who say I’m going to leave it in my will. What they are really saying is if I could live forever I’d never give any of it away.” Jon Huntsman Sr.)
---------------