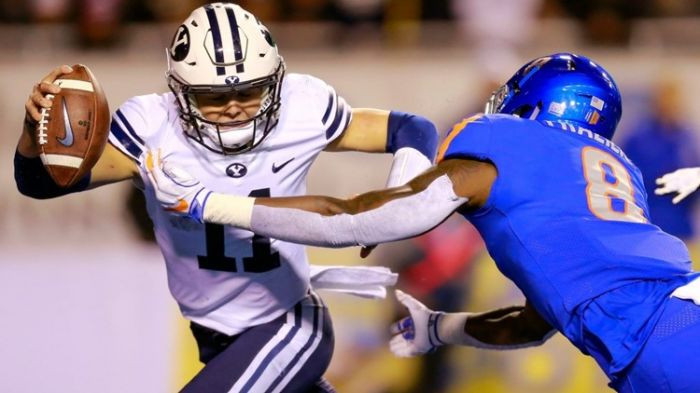 This week’s column is a feel-good story that offers an unusual blending of sports success and family values, a story that is emerging from the Salt Lake City suburbs and has already reached New York and, once shared, may find appeal in many places.

Before I get into my column about the Wilson family from Draper, UT, and their extended family and their football-filled weekend that included a Friday night high school game, a Saturday college match between Utah and BYU, and an NFL season opener in Charlotte, NC., a word of explanation is needed.

Regular readers of The Harp are aware that there is no specific topic that’s the focus of my interest. Thus topics may range from business, to venture and angel investing, to political issues to interesting people, and occasionally to sports.

Thus it was I once asked my son, Michael, what my readers would think if I wrote a column from days long ago on Gonzaga football (the basketball-prominent school once competed successfully on the gridiron).

“People don’t pay to read your column, right? So write about whatever you want.”

So that has been my mantra as I choose my topics to share with readers each week. Thus the column today on former BYU star quarterback Zach Wilson and his family. Wilson, the number two NFL draft pick, had his professional debut Sunday as the starting quarterback for the New York Jets against the Charlotte Panthers.

It was four years ago that I started hearing about Zach from his grandpa, Gary Neeleman, my closest longtime friend, and a one-time colleague at UPI. So I did a column on Zach because of the manner in which he arrived at BYU, which before that had been the hated foe of his Utah Utes-loving parents and family. Back to that part of the story later. 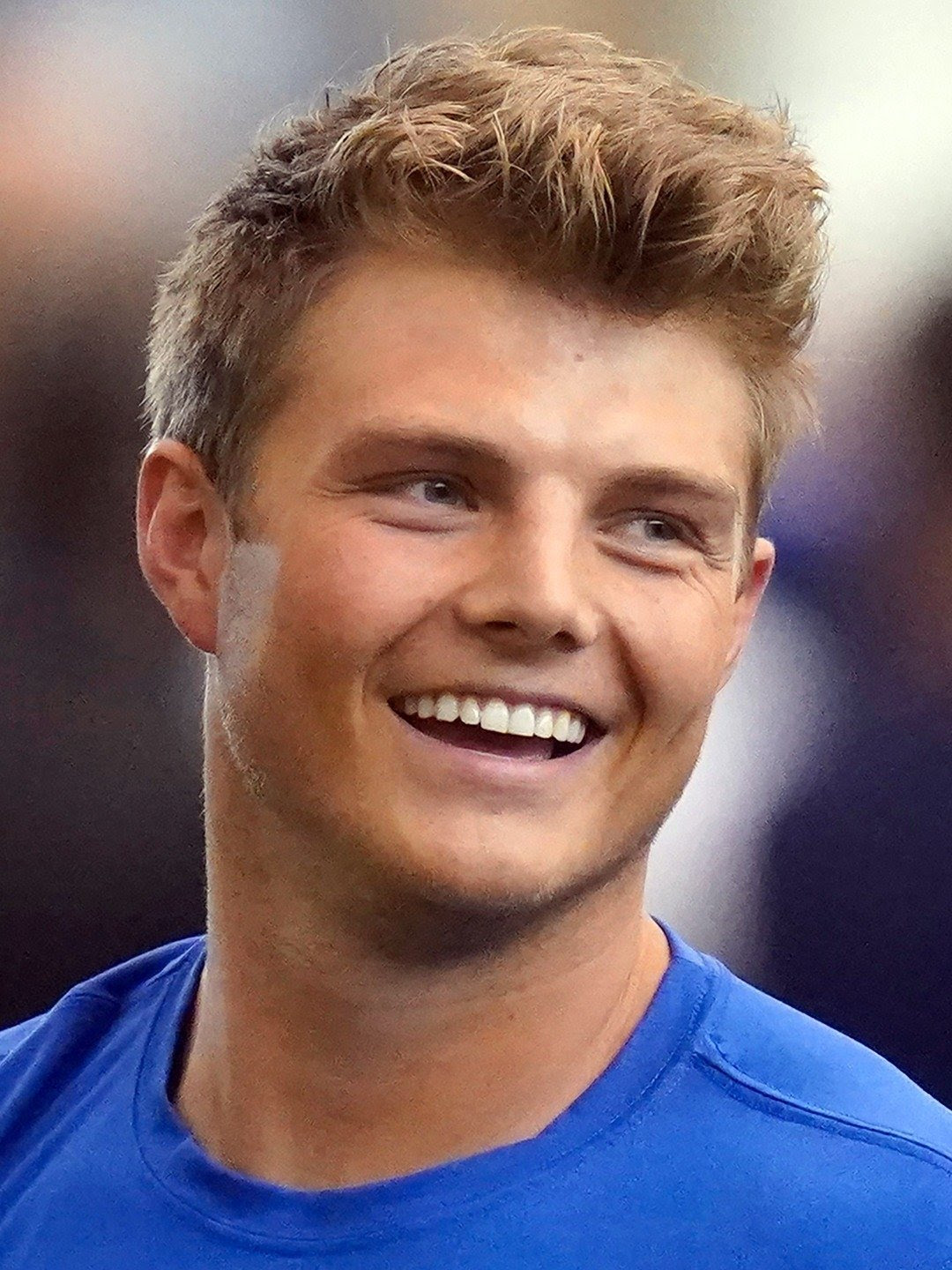 Zach WilsonMore than 200 of Wilson’s family, including parents Lisa (Neeleman) and Mike Wilson, plus friends and supporters, traveled from Utah to be in the stands at the game in Charlotte where the Panthers squeezed out a 19-14 win over the jets. It was a contest that saw Wilson pass for 258 yards and two touchdowns. But he also was sacked six times as the Charlotte linemen targeted him for punishment.

Most of the family and friends had been at the Saturday game in Provo, the annual rivalry between Utah and BYU, which Zach had guided to an 11-1 record and number 11 national ranking, in the strange 2020 season. This year all were all on hand to root for Zach’s Cougar linebacker brother, Josh, as well as BYU, which won the game, 26-17, in the first victory over Utah in nine years.

A day earlier, on Friday night, the Wilsons and a few of the family had been in Lehigh, about 30 miles south of Salt Lake, for the game between Lehigh and Corner Canyon High School of Draper.

Corner Canyon is now a nationally ranked high school football program where the third and fourth sons of Lisa and Mike Wilson, who played his college football at Utah State, have followed Zach and Josh to play.

Micah is a star linebacker who committed to BYU in April and will join the program next year while Isaac is the sophomore quarterback who threw two touchdown passes for Corner Canyon in its 52-7 victory. Isaac has already been offered a scholarship to play at BYU.

Corner Canyon has won Utah high school state titles the last three years, during which it compiled a 40-0 record. The school is 51-1 since 2017 when coach Eric Kjar took over and Zach was a senior who passed for 2,986 yards and 24 touchdowns while rushing for 752 yards and eight touchdowns.

In that earlier column on Zach, I shared the story of his arrival at BYU.

Zach had accepted a football scholarship to Boise State since Utah, wherefrom the time he was 12 he wanted to go, had not made him an offer despite the lifelong loyalty of his parents, who have 50-yard-line seats and know the coach. Then came a last-minute call from BYU coach Kalani Sitake, the nation’s only Tongan football coach who had played fullback for BYU as a collegian.

As I earlier wrote, Lisa agreed, with great reluctance, to let Zach visit with the coach and she went along. 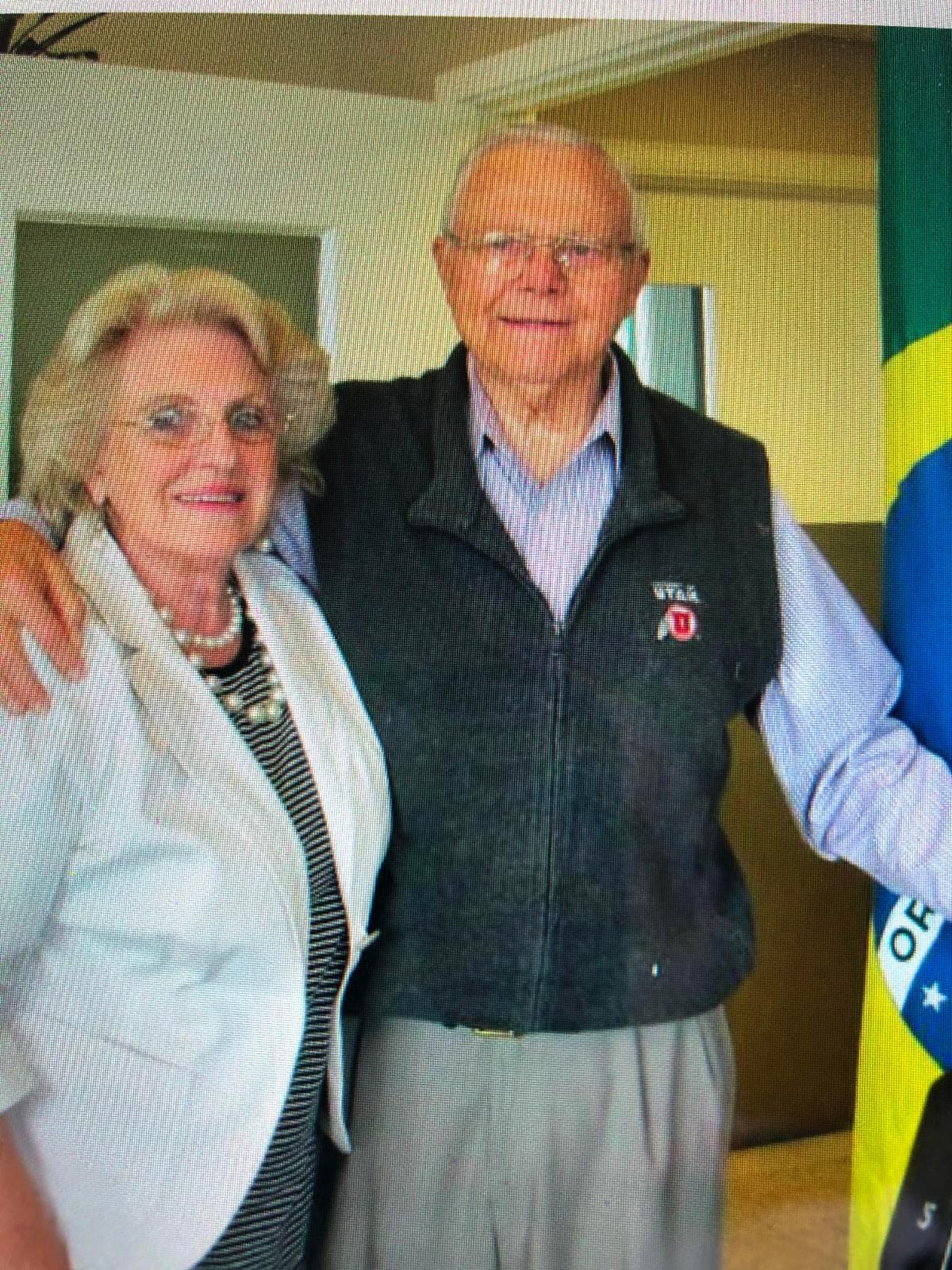 Gary and Rose NeelemanWhen Sitake made the point that if Zach were at BYU, he could most weeks get home for Sunday dinner with his family, and be close enough to come on Wednesday’s sometimes when his grandparents (Gary and Rose) came to dinner, that sealed the deal for both Zach and Lisa.

Another BYU selling point for the young man heavily focused on a family that Gary shared with me in one of our visits: Zach wanted to play where his immediate and extended family could come to watch him play.

That family tie, incidentally, explains how 200 family and friends got from a Saturday afternoon game in Ogden to a Sunday NFL game in Charlotte.

His uncle David Neeleman, founder of five airlines including Jet Blue, and his new airline, Breeze of which he is CEO as well as founder, has access to plenty of airplanes so he chartered one from Jet Blue.

The 200 headed for the Salt Lake airport after the BYU game and flew overnight, arriving at 7 a.m. to head to a hotel to shower and dress and get to the stadium, flying back to Utah after the game.

No other gatherings of family and friends for an NFL game are planned this season, at this point. But as Gary noted, you never know when the family ties are going to tug.
Continue reading
1013 Hits
0 Comments
Tags:
Mike Flynn zach wilson boise state football
Tweet
1013 Hits
0 Comments