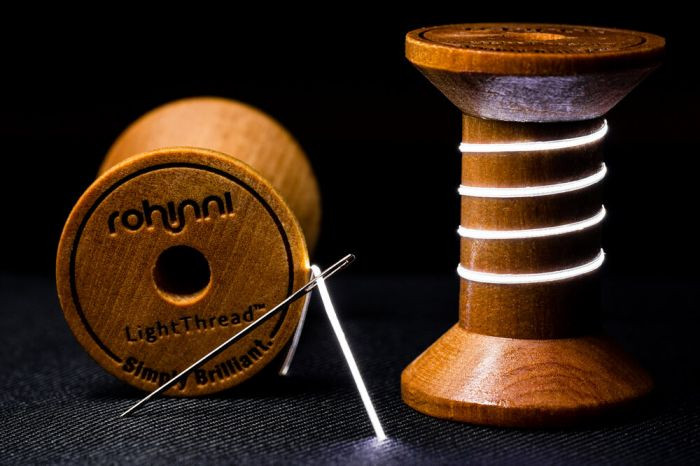 Serial inventor Cody Peterson is surprisingly little known beyond the two industries his technologies have disrupted, though he's hardly gone unnoticed, being named “Most Creative Person” by Inc Magazine in 2012.

That was the year his first company, Pacinian, the Coeur d’Alene, ID, manufacturer of his lightest-weight-ever keyboard, as thick as a credit card, as well as touch-screen innovations, was acquired by Silicon Valley-based Symantic, a market leader in touch screen technology.

Now Peterson, 46, and his team at Rohinni, also a Coeur d’Alene company, are poised to change the entire lighting and display industry worldwide with the revolutionary development of mini and micro LEDs.

The LED industry is well aware of Rohinni, even if not likely aware of the extent of his intent for his invention’s “potential to be like GE or Phillips, changing every industry that uses light.” 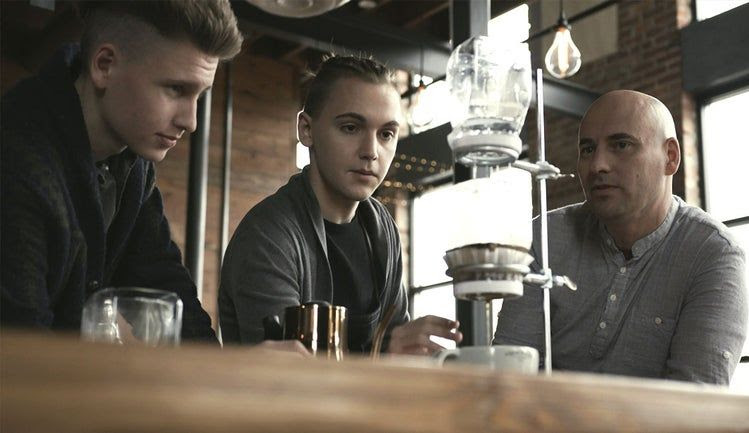 Cody Peterson (R) and sons Brandon (L) and Reece (C)My bet is that most readers of this column and many tech-industry people, as well as potential investors, haven’t heard of Peterson whereas, were Rohinni located in Silicon Valley or East Puget Sound, media entities and wanna-be participants in the company’s growth would be beating a path to his door.

Instead, Rohini’s growth, as with Pacinian before it, has been in lab space in developer John Stone's Riverstone Development of condos, office buildings, hotels, and restaurants on the river. Over the seven years since it was founded, Rohinni has been under the supporting eye of patient and friendly capital, with Stone as a primary investor since start-up day, in a business environment where a guy who lets others wear the CEO title can focus on family as well as business.

With an emphasis on business acumen, Stone refers to Peterson as “the miracle from Idaho.”

Other investors, in addition to Stone, include Future Shape Principal Tony Fadell, the inventor of the iPod, head of iPhone development, and founder and former CEO of Nest.

Peterson, a mechanical engineering graduate of Washington State University, says that over the past three years, Rohinni has devised a mini-LED as a light source “that’s about one-tenth as thick as a regular LED and about six times brighter while costing roughly the same.”

“I don’t usually drink the kool-aid, but I know the benefits of what we created that the entire lighting industry will change direction and do what we’re doing,” said Peterson, a Native American who grew up on the Blackfeet Reservation in Browning, MT.

Without disclosing individual clients, Peterson said: “Rohinni is dealing with some of the world’s largest consumer electronic companies to launch screens much, much brighter than anything in the market today, while also enabling them to use mini and micro LEDs to design lighting in ways never before possible throughout their product lines.”

And he predicts television screens with Rohini miniLEDs “will be 10 times brighter with one-tenth the energy.”

A major coup for Rohinni came two years ago when it announced a joint venture with Beijing Electronics (BOE, formerly Beijing Oriental Electronics Group), among the world’s largest suppliers of technology products.

A news release announcing the joint venture said: “With distinctive, high-performance displays in high demand and a requirement for competitive consumer electronics or industrial products, BOE and Rohinni will be forming a joint venture to produce ultra-thin micro LED lighting solutions for display backlights. Together, BOE and Rohinni will usher in a new era of displays with unprecedented speed, accuracy, and yields compared with existing manufacturing processes.”

Oh, and waiting in the wings for the unveiling is Peterson’s newest Coeur d’Alene-based company, Qurrent, and his invention, a 100 percent electric boat. basically an autonomous craft.

As the website for Qurrent explains: “For the last three years we have been using our development platform ‘Frank’ and have created the building blocks to provide a 100 percent electric boat. Qurrent provides a safer, newer, and zen-inspired experience through the use of all new technology and an AI-controlled system. we are enabling entirely new boating experiences never before thought possible.”

Never short of seemingly impossible goals, Peterson said during our interview: “You know what Google did with Google Earth (a 3D representation of Earth based on satellite imagery)? We can do that for the sea and the oceans.”

John StoneI actually went to Coeur d’Alene a couple of weeks ago both to meet Peterson with Stone’s introduction and to evaluate Coeur d’Alene’s potential as a prospect for the zoom-town-focused business, ZoomTown Communities, that a media partner and I are launching.

I learned Stone and Peterson have basically already helped make Coeur d’Alene a zoom town, boosting innovation, while coupled with a growing appeal to vacation and permanent residents from Seattle and beyond and condominium towers to house them.

Peterson’s contributions include not just Pacinian and Rohinni, and soon Qurrent, but also what he calls the Innovation Den in downtown Coeur d’Alene, a large old multi-story brick building that has 50 small offices to house start-ups and entrepreneurs.

He and a friend bought the century-old building that had sat empty for more than 25 years and four years ago Cody and his wife Danelle, his high school sweetheart from Cut Bank High School. opened Coeur d’Alene Coffee Company as an espresso shop in the Den that he and Danelle and sons Reece, 20, and Braden, 23, turned building it into a family project.

Peterson said Braden made a commitment to source and roast coffee for the Den and explained: “he started looking at ways coffee is made and devised a new, more automated way to create really good pour-overs without having the barista stand there the whole time. It was neat to see him apply those little nuggets I’ve hoped he would learn from me.”

The comment is a hint of the importance being a father plays in Peterson’s life. And the kinds of lessons he teaches include “if you have lofty goals you attract smart people,” and “don’t let anyone slow you down,” both lessons that have carried Peterson far, before he’s as widely known, as he is certain to be.