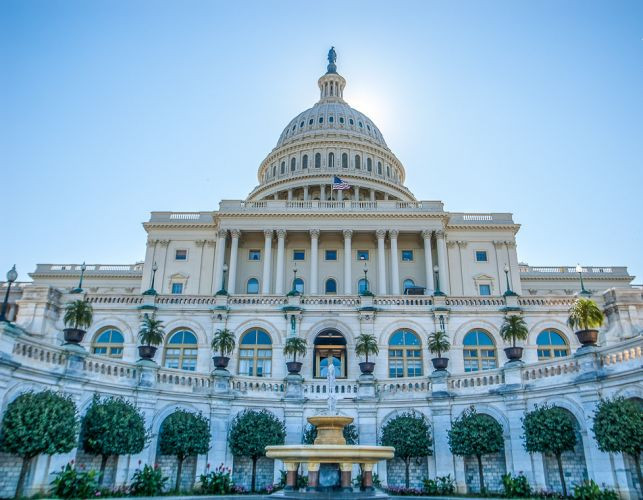 The ability of members of Congress, either House or Senate, to work across the aisle to gather support from the other party for a proposal that requires bipartisanship to move toward final approval seemed to have become a dying art in this era of stark divisiveness between the parties.

Thus the ability of Maria Cantwell, Washington’s junior U.S. senator, demonstrated an across-the-aisle ability that was key to the passage and presidential signing of the CHIPS and Science Act of 2022 to subsidize U.S.-made semiconductor chips led to a rare but welcome act of bipartisanship. The so-called CHIPS bill passed the Senate with a 64 to 33 majority, with 17 Republicans voting in favor, and passed the House with a 243-187 vote, with 24 Republicans voting for the legislation.

In a place where feelings rather than facts frequently guide decision-making, since feelings, after all, are what politics is all about, Cantwell used facts to overcome the politics that were in play in the Senate Republican caucus after GOP minority leader Mitch McConnell told his side they were not to negotiate on the CHIPS bill.

With a comment that had amusing implications, perhaps, as Cantwell is looked to in seeking bipartisanship on future issues, she remarked, “The leadership politics just got in our way, and we just had to figure out a way around all that. And so we did.”

The “way around all that” was teaming with Sen. Chuck Schumer of New York to invite all 100 Senators to a classified briefing in a secure room on the national security imperative of passing a competition package before the August recess, a gathering that attracted about 60 Senators split equally along party lines. But she also credits Indiana Sen. Todd Young, who is completing his first term this fall, with his work on the Republican side of the aisle.

Commerce Secretary Gina M. Raimondo, Deputy Defense Secretary Kathleen Hicks, and National Intelligence Director Avril Haines met with the Senators for nearly two hours, and the group of Senators reportedly asked 30 to 40 questions on the various national security implications of relying on chips made in China or Taiwan.

"Afterwards, I just remember members talking on the floor about it and saying, ‘Well if we can fall behind in one area, why can’t we fall behind in others?’ And so let’s get going,” Cantwell said.

“Today marks the start of the turnaround for U.S. chip manufacturing,” Cantwell remarked as the bill was signed. “More than a dozen companies are expected to make announcements in the next few months about expanding the chip supply chain in the United States,” she added.

“America wins, and workers win, and consumers win because every product dependent on semiconductors: cars, trucks, computers, phones, and farm equipment – will start to have a more reliable supply,” said Cantwell, who has chaired the Senate Committee on Commerce, Science and Transportation since 2011, 11 years after she was elected to the Senate at the age of 42.

As the first woman to guide the important Senate committee, as well as being selected to co-chair the Senate Democrats’ new high-tech task force and earlier this year being named one of four “legislators of the year” by the Information Technology Industry Council, the lobbying arm of the high-tech industry, her leadership talents are being well recognized. 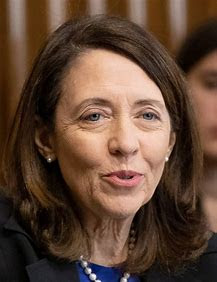 Maria Cantwell found a way around leadership politics in getting across-the-aisle support for CHIPS semiconductor subsidyAnd an across-the-aisle leadership, as evidenced in the final steps on CHIPS would be a welcome re-emerged talent in the divisiveness-driven\ Congress.

In fact, one of her predecessors as Washington’s U.S. Senators was Warren G. Magnuson, who guided the Senate Commerce Committee for 22 years and was among the most respected members of what he liked to refer to as “the world’s most exclusive club” and he treated every member of his “club” as his friend.

Of course, your party must stay in control for 22 years to chair a committee for that long!

I’ve been a fan of Cantwell’s since I learned she was one of two Democrats among the eight votes against a measure called the America Invents Act proposed by President Barack Obama and supported by the vast majority of his Congressional Democrats. The measure, the first major change in patent law in decades, was touted as clearing the way for start-up and entrepreneurial innovation to find success against the tech giants by making first to file rather than first to use the new keystone of patent law.

Clearly, her high-tech background as an early employee and vice president of marketing at RealNetworks, a Seattle-based provider of artificial intelligence and computer vision-based products and an early pioneer in internet streaming-media delivery, gave her a unique understanding of the little guys’ tech struggle with the big guys.

I became aware of the act when I invested in a tiny company called VoIP-Pal, a penny stock company then based in Bellevue that had patents for most forms of voice-over-internet protocol, which by then had been, in essence, infringed upon by the major tech companies who were thus being sued by VoIP-Pal.

And the appeals board set up under the act could be, and was, composed of attorneys who had once been employed by one or another of the tech firms, Amazon, Verizon, T-Mobile, Twitter, or Apple, that were being sued for patent infringement.

So I began to search the background of the creation and passage of an act clearly doing the opposite of what it was promised to do.

As part of the research, I found a video clip of Cantwell giving a speech on the Senate floor in which she wound up with a heated comment: “This act is clearly favoring the big guy against the little guy,” explaining her “no” vote. In essence, leadership politics was getting in the way of doing the right thing.

A little-remembered example of her willingness to work across the aisle, even if it involved pushback against her leadership, was in May of 2010 when she joined 39 Republicans to block the Senate from ending debate on financial regulatory reform legislation, proving a “no” vote on the motion to proceed to a vote.

Despite the majority effort, Cantwell said she felt the bill, as it stood, failed to close loopholes in unregulated derivatives trading.

The bill then went back to the House, and as she recalls, “tough new rules on derivatives trading were added during conference negotiations.”

So now, as Cantwell is likely looked to for other cross-the-aisle initiatives, at least one comes to mind.

She promised some Senators concerned about the possibility of U.S. semiconductor manufacturers making investments in China or Taiwan for chip production that the CHIPS legislation provided “guardrails” allowing the government to “claw back” money if companies violate restrictions on investment in China. But it’s not unlikely that some subsequent legislation may be required to keep the companies on the straight and narrow.
‌
Continue reading
1143 Hits
0 Comments
Tags:
Mike Flynn Government Economic Development business corporations people issues Politics maria cantwell
Tweet
1143 Hits
0 Comments