An unusual incubator to nurture new healthcare technology will be the first “classroom” to open for business at Elson Floyd College of Medicine. It will be a key part of the effort by the new Washington State University medical school to make innovation and entrepreneurship key parts of the curriculum. 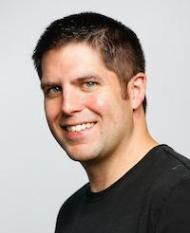 Thus Andrew Richards, who the unusual title for a medical school of College Technology Incubator Officer, will be attracting increasing attention and interest as he seeks to create what he describes as a “hub of innovation” on the College of Medicine’s Spokane campus.

“The dream is that we will have up to 10 companies at a time being incubated, with the first ones arriving first quarter of 2017,” Richards said. “But realistically, we’ll get six or seven there.”

Richards, 36, is a Spokane native and WSU computer-science graduate who is convinced that bringing enhanced healthcare to underserved communities will require uncovering and nurturing technological innovations specifically focused on medicine and health.

That would be part of fulfilling the promise of the college, referred to for brevity as EFCOM, that it will seek to find ways to address the shortage of doctors in rural parts of the state. And  the promise of of its founding dean, Dr. John Tomkowiak, to foster innovation.

Richards said companies that will be included in the incubator are already being vetted and conversations are under way with what he calls “partner companies,” like Amazon that will make collaborative resources available to nurture the incubating companies.

The incubator will be a two-part endeavor, first hosting entrepreneurial startups that require the standard resources and mentoring but also building a seed fund to bring the companies to maturity and reward WSU with equity.

Richards explained that the strategy is to set up the incubator as a 501c that would separate the incubator from the med school by setting up a nonprofit.

He concedes that “culturally, healthcare is a difficult nut to crack in creating an innovative environment in which you have to be willing to try things, knowing there will be failures.”

The incubator won’t be the first for a med school but it will one of a small handful of such facilities in the country, the most notable being at the University of Pittsburgh Medical Center and the Texas Medical Center, both of which have become regular contacts for Richards.

While WSU health care incubator is one of only a handful in the country tied specifically to a medical school, other entrepreneurial hubs, including healthcare start-ups, are an emerging part of the health science infrastructure in this region.

One is Cambia Grove in Seattle, a healthcare focused hub which bills itself as a place “where innovators and entrepreneurs can convene and catalyze new solutions,” adding that it “offers a shared space for the region’s emerging health care economic cluster.”

And the UW CoMotion is an innovation hub to provide “the tools and connections” necessary to speed the development of technology innovations, including health care and life science startups.

“We’re building a really cool network and we’re already starting to send companies to each other,” Andrews, 36, said in an interview.

EFCOM characterizes itself as a “community based” medical school “training doctors to fill healthcare gaps across the state” and to fulfill that, med students will spend their first two years in Spokane before spending years three and four in Everett, the Tri-Cities and Vancouver, in addition to Spokane.

The first 60 students, to be selected from the hundreds of applicants that have flowed in, will arrive for class on the Spokane campus in the fall.

The key selling point that eventually convinced the legislature to create a second medical school in this state, despite the significant national stature of the University of Washington Medical School, was the dearth of doctors in rural parts of the state, which proponents of the WSU medical school promised to make a focus.

Part of the value of that multi-community presence is pointed up by the comment from Bob Drewel, senior advisor at WSU’s Everett Campus and a former Snohomish County executive and past head of the Puget Sound Regional Council.

“A lot of people think the only shortage of docs is in Eastern Washington, and that’s not true,” Drewel said. “If you look at Snohomish, Island and Skagit counties, the numbers are just as significant in need as anywhere in the state of Washington.

Richards talks about the myriad of companies, including a start-up called ReelDX in the healthcare IT space that he helped co-found, that are developing new technologies that give patients more options for accessing health care. He notes that some patients are using smart phone apps for video appointments with their doctors; sometimes those doctors are in other cities —or other countries.

In addition to co-founding and serving as CTO for ReelDX, described on its website as providing “an easy to use, secure, HIPAA-compliant platform for medical videos” with the Medvid.io platform he developed, Richards’ experience includes software and API development and other healthcare techonology.

In one presentation he showed a photo of Mercy Virtual Hospital, a new, first-of-its-kind hospital in suburban St. Louis that cost $54 million but has no beds. It is a telemedicine hub where doctors and nurses sit in call centers with video screens. They see and talk to their patients, have access to their medical records and can monitor vital signs. In many cases, the providers are able to diagnose problems and prescribe remedies. In others, they make referrals to other providers.

Richards is quick to express his view that the WSU medical school won’t be seeking to compete with UW School of Medicine, which he says does what it does with success that merits the national recognition it has.

“But UW medical school doesn’t do everything and what we need to do is focus on doing well what we do that they don’t do,” Richards said.

His philosophy is that to fulfill its mission. EFCOM must seek to “build the medical school of 30 years from now, not 30 years ago.”